Could APIs be your business' secret weapon? 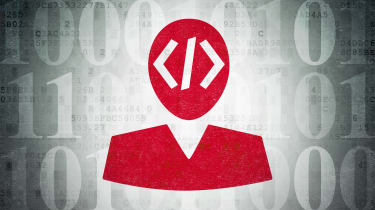 APIs, which stand for stands for Application Programming Interfaces, could be more useful than you might think. If you're in a non-tech industry you might not consider them important but this is simply not the case.

Silicon Valley claims an industry's future is largely dependent on whether it can embrace digital transformation, which means putting software and cloud services at the centre of its business. API's could be an essential part of any enterprise's future, especially since the fourth industrial revolution is touted to involve big data and application management.

API at a basic level are rules which enable apps to exchange data and communicate with each other. A great example of this is Google Maps; developers can take advantage of Google's API to include location and mapping data into their websites or apps which saves them from having to create it themselves.

Scott Morrison is a well-known engineer at CA Technologies and a former CTO of API management company  Layer7, noted APIs take the complications out of application development and are an essential tool. Developers don't have to create custom infrastructures to acquire data from different sources, they can instead use simple copy-and-paste tools to carry out the task in mere seconds. This has the knock-on effect of allowing them to spend more time on different and potentially more important tasks.

Using APIs, Morrison said, "gets you out of the business of worrying about the plumbing and instead lets you focus on building a great house. That kind of frictionless entry to getting something done is incredibly important. These days, friction is poison in IT".

He outlined that the key selling point is "simple integration of applications and data, which helps you increase the velocity of application development, and helps you deliver apps faster. In 2016, nothing matters more to the CIO than actually getting applications out the door to their users quicker, and APIs deliver on exactly that".

One of the interesting things about APIs, however, is that you don't need to create your own apps. For example, New York's Transportation Authority made all of its data available through APIs, which means the community can develop apps using that information. Morrison said that even though there are plenty of tracking apps for New York's public transport system, none of them were constructed by the Transportation Authority.

"They were built by kids in their basement who wanted to show off, and design companies in SoHo that wanted to show their chops, and people who wanted to innovate and create new stuff - and some of these things are out in left field, things nobody would have ever thought of," he explained.

The Transportation Authority's main discovery was that while app development wasn't necessarily its strong point, the organisation still had valuable data it could use to its advantage. The same is true for other industries, too. Successful companies in fields such as manufacturing make their money by optimising supply chains, marketing products effectively and accessing new sales channels.

"There's a place for APIs in all of those," Morrison explained. "Because APIs really are that communications fabric; they're fundamentally about making it easier to communicate between different systems, and also between people."

This element of collaboration is another often-overlooked advantage of using APIs. Making elements of your data publicly available allows people outside your organisation to experiment with it, often leading to more innovations than you would have achieved on your own.

This, Morrison said, is because it's easy to get locked into a routine with application development, whereas third parties are able to come at it from a new angle. "APIs open up the exponential effect that you get when you combine data from lots of different places," he said, "and you end up getting more for your effort."

In fact, APIs are becoming so widespread there's a good chance you already use them without realising it. Popular automation tool If This Then That uses simple 'recipes' to link in-app actions, such as automatically saving tagged Facebook photos to a Dropbox folder, or automatically sharing YouTube uploads to your Facebook page.

All of this is accomplished using APIs - they're just dressed up in an intuitive and user-friendly interface. Workplace tools like Zapier, Trello and Slack are using similar techniques to link enterprise productivity apps together, too. This 'componentisation' of APIs is making them more and more accessible, said Morrison, so people can start using them without extensive knowledge.

"Interestingly enough, I think many APIs will start to almost disappear under simple SDKs that you can just embed into your code," he explained. "The great enabler is that this stuff is easy. You don't need special equipment... if you've got a browser, you can try an API out."

"The truth is, the modern use of APIs is actually really important."