How to avoid holiday stress 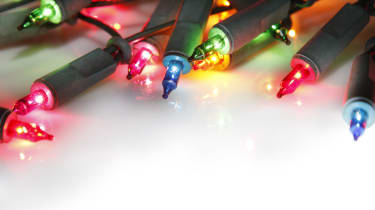 Ah, the good old days. The days when you booked time off at work and had just that: time off. The days before we were always connected and people expected you to be 'always-on'.

Nowadays, it's a case of squeezing in a week of work before you have a week off, then dealing with frantic phone calls/emails/texts while away and then dealing with any aftermath once you've back. What should be a relaxing holiday becomes quite the opposite.

Nearly one-third (29 %) of IT professionals are too busy to take time off during Christmas this year, according to research by Unified Security Management and AlienVault.

Even the supposedly 'lucky' ones who do get to take some time off, aren't actually so lucky in reality with half of them spending their valuable annual leave worrying about work.

The same study (which asked nearly 500 IT professionals globally) highlighted there is a real problem with over-work and related stress in the industry. Indeed, some 53 % of respondents said they felt their colleagues were overworked and overstretched, while 41 % claimed they had vacancies in their teams that were left unfilled for at least a month in the past year -- no doubt placing even more strain on remaining team members.

"The festive season has traditionally been a time when the vast majority of people take time off to spend with their families. But a combination of workplace pressures, the IT skills shortage, and our growing dependence on mobile computing is all forcing a cultural change for those working in IT," says Javvad Malik, security advocate at AlienVault.

"The tech sector has long had a reputation for being a high-stress field, where employees are decently compensated but are often overworked and held to strict standards by their supervisors. But the overall business reliance on technology is turning IT teams into an emergency service for many organisations -- particularly during the holiday period, when customers may still be using online systems to conduct transactions."

A similar study by AlienVault conducted last year showed a real fear among IT professionals of being offline from work. Almost two-thirds (63 %) said they had missed an important event -- such as a funeral, wedding or other family occasion -- so they could firefight work issues. While, in that study, a staggering 91 % of respondents said they'd come into work even while quite ill just to make sure a project was a success.

Stress was listed as the primary health and safety concern among employees in UK workplaces, according to a TUC study published in October 2016 on World Mental Health Day.

Some 70 % of the more than 1,000 respondents (health and safety reps) cited this as a key hazard -- up by 3% since the last survey in 2014. Worryingly, then, it seems stress levels are on the up rather than a stat that's in decline.

"The message from the shop floor is clear, stress is becoming a bigger and bigger problem. Pressures of long working hours and low job security are being felt in workplaces across the UK," said TUC general secretary Frances O'Grady.

"It's in no-one's interests to have overstretched workforces. People who experience high anxiety are less productive and are more likely to take time off. Stress is preventable if staff have reasonable workloads, supportive managers and a workplace free from violence, bullying and harassment."

O'Grady added: "Anyone worried about their workload or being unfairly treated at work should join a union, to get the support they need and their interests represented at work."

For IT professionals of all job titles, budgets aren't getting bigger and nor are team size so, using reality as our guide, what can you do to reduce stress holiday or otherwise and maintain balance between work and life? Here are our top tips...

1) Acknowledging you're stressed is not a sign of weakness In fact, it's a sign of strength flagging the problem and showing the problem exists. What's more, stress can affect anyone at any time and talking about it should be seen as the 'norm' rather than a stigma, according to the TUC.

2) Talk to your employer It might not feel like it at times, but they genuinely do have a duty of care to at the very least listen to your concerns relating to workplace stress.

3) Don't suffer in silence or bury your head in the sand No problem in the world ever got solved by people not talking about it. Talking about a problem and suggesting a possible solution will always be better than ignoring a problem so it gets worse and has wider-ranging impact.

4) Regain control of your own balance It may well feel like you live to work rather than work to live at times, which is exactly why you have to claw back some control of at least some of your personal time. Even if it's just grabbing 10 minutes every working day to sit down and think about something else -- or nothing at all -- your brain and your body will really thank you for it.

5) Don't underestimate the power of sleep Work hard/play hard is the mantra of many in business. However, sometimes it really is in your best interests to call it an early night and just go to sleep. It may be that you do so begrudgingly after all, if you've spent 12 hours in the office, you feel, perhaps rightly, that you more than deserve those hours of partying however, you'll just feel even worse and likely even more stressed the next day. Sleep is a great medicine and your 40 winks are never less effective than when you've overdone it.

6) Empower your colleagues/reports No-one wants to feel they're not missed while they're away (because that just leads to wider fear of redundancy), but being too needed means you can never really switch off. Good leaders create a sub-network of leaders and encourage them to use their own initiative for day-to-day issues while they're away.

Yes, sometimes they won't make the precise right call while you are away, but you can deal with that on your return rather than stressing about it while you're meant to be having a much-needed break from work.

Ultimately, in reality, we understand that everyone deals with stress workplace or otherwise very differently, but it is good to share so please do get in touch with your top tips, tricks and coping mechanisms. They may well help other people out and we thank you on their behalf.