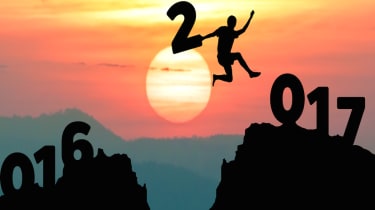 As a manager for part of the James Hutton Institute, Sheena was given a British Empire Medal (BEM), for her contribution to developing agricultural science in Scotland.

Professor Colin Campbell, the Institute's chief executive, said: "For the last 45 years Sheena has supported the excellent agricultural science done in Invergowrie. Her loyalty and devotion have helped the Institute and its predecessors make substantial contributions to food security.

"I am delighted that Sheena has been recognised for her efforts."

Professor Leyser, the director of the Sainsbury Laboratory at the university, has been made a Dame for her good work in the fields of Plant Science, Science in Society and Equality and Diversity in Science.

"This is a huge honour," said Dame Ottoline. "It's so uplifting that things I really care about can be celebrated in this extraordinary way. Science has such a lot to offer the world, which makes it really important that science is open to all, so that everyone can contribute to the process and benefit from the results."

As founder and director of Katalytik, Jan has been awarded an MBE in recognition of the massive support she has shown towards women in engineering and science.

She continues to play an incredibly active role in the Women's Engineering Society, but has remained fairly tight-lipped and humble about her accolade, at least publicly, online.

Maggie, CEO and co-founded of TeenTech was given an OBE in recognition for the great work she has done to boost interest in STEM and related industries.

"It's been incredibly exciting to see the impact TeenTech has made on students, teachers and in some cases whole communities. We've been so proud to see TeenTech alumni win international recognition with invitations to Silicon Valley and to watch the impact spread like a Mexican wave. In 2016 two TeenTech Young Ambassadors won Teen Hero Awards from Radio 1 for their work inspiring other young people.

"I always felt immensely privileged to have worked on Tomorrow's World. It wasn't until then I had any idea how big the world of science and technology really was and that there were so many opportunities at different entry points. Hundreds of people have kindly said that seeing me on TW inspired their future careers. With TeenTech, we now ask them to pay it forward and support teenagers, often from challenged backgrounds, helping them see how they can be the ones building the technology to change tomorrow's world. It's wonderful to receive an O.B.E. It makes me all the more determined to work hard to ensure I deserve it."

Professor Smith, a director of research at the institute, has been given a knighthood for his range of services to the sector, but specifically his good work in encouraging the next generation of scientists promoting the careers of women in science.

Caroline has been with tech giant IBM since 1997 and is currently serves as vice president of global marketing and comms. She has been awarded an OBE.

Outside of this role, Caroline plays many active and worthy roles across industry, including working as an adjunct professor at Imperial College Business School in London and as a fellow of the UK Marketing Society. Furthermore, Caroline is renowned as a passionate and committed campaigner for diversity and equality workplace issues.

Lastly, Caroline works outside of the tech industry to further good causes, serving as a director and trustee of the Oasis Charitable Trust, and as chair of the board of trustees of Stop the Traffik, which was set-up to co-ordinate a global coalition against the modern-day slave trade.

"On behalf of all UK IBMers I want to congratulate Caroline on this tremendous recognition," said David Stokes, CEO of IBM in the UK and Ireland.

"IBM has been a long serving member of the business community in this country and many IBMers over the years have contributed to important technology, business and social issues during this time. I am very proud of Caroline contributions and pleased to see this long history continue."

Dr Watson is currently a director at IBM Research, leading a UK team that aims to help the industry make more of emerging cognitive and HPC technologies.

He has been given a CBE, and was recognised due to his services to science and engineering research, which spans many years and many achievements, including but not limited to work at the Research Council's UK Digital Economy Advisory Board and the Audit and Risk Assurance Committee.

"I am immensely proud to have been given this honour. My work over the past 12 years with EPSRC has been very enriching and enjoyable in both a personal and business capacity. It is very interesting to be involved in how the UK handles the next generation of technological change," Dr Watson said.

"It is a privilege to work with the EPSRC Executive in Swindon and also to have spent time on Council with some of the UK's most eminent scientists and engineers."