Expert panel to ensure "Brexit is a success" for UK tech 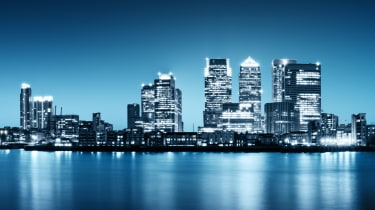 An advisory panel has been created by trade body techUK to help companies make a successful transition to an economy outside of the European single market.

The independent panel, consisting of leading experts in economic, venture capital and legal fields, will provide advice to techUK and the 900 technology companies it represents before and after Brexit.

Former head of the UK Civil Service Lord O'Donnell and Syed Kamall MEP have been confirmed as members of the panel, alongside Diane Coyle, a professor of economics at the University of Manchester, and Tudor Aw, a partner at KPMG.

Vicky Pryce, board member at the Centre for Economic and Business Research and Ruth Boardman, co-head of International Data Protection Practice at Bird & Bird make up the last members of the panel, created days after news that the UK would no longer be a member of the European single market following Brexit.

TechUK CEO Julian David said: "It is fantastic that these experts will help shape our work on ensuring we have a Brexit that works for the most dynamic and fast-moving part of the UK economy, providing greater insights on the impacts of exiting the European Union on the UK tech sector."

Following Theresa May's speech on Tuesday, techUK stated that leaving the single market would hit the UK technology sector the hardest, as it relies on the EU for over 40% of its digital exports. Deputy CEO Antony Walker explained: "[The]  UK tech sector is highly integrated with suppliers and customers across Europe and depends everyday on laws and regulations set at European level."

The formation of today's panel is likely a move to assuage fears that leaving the single market could adversely impact on the digital economy, considered one of the fastest growing sectors in the UK, and provide an opportunity to put forward key negotiating concerns.

"When clients ask me for guidance on whether they should locate a new database in the UK, I want to say yes," said Boardman. "Unfortunately there is a concerning lack of certainty on data flows as part of the UK's future relationship with the EU. Securing free and open data flows after the UK's exit from the EU will be fundamental to the success of the digital economy."

Doteveryone CEO Rachel Coldicutt, who will also sit on the panel, believes that exploiting current tech and investing in infrastructure is key to the UK's success outside of the EU. "Our state and national infrastructure should be fit for the digital age and policy makers must understand and appreciate the technology at out disposal.

"Brexit makes all these things more urgent and more necessary, but we're not seeing them high enough on the agenda," added Coldicutt.