Mozilla's new logo, moz://a, is throwing web browsers into a tizzy, with Chrome, Safari and Mozilla's own Firefox having issues with the rebrand.

The Mozilla Foundation this week revealed its new logo, which replaces the 'ill' with '://' in a nod to its developer community, saying "we've designed the language of the internet into our brand identity".

Apparently it hasn't done too good a job of it, as Google Chrome and Firefox both recognise the logo as a search term that yields mixed results, while Safari tries to direct the user to a webpage, before utterly failing. 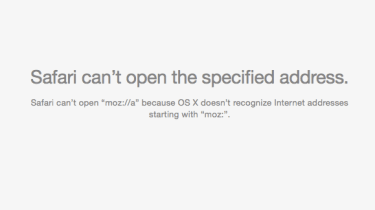 "I'd imagine with the new logo, a lot of people will try typing moz://a in the URL bar. It currently does a search for moz://a," forum member Brian R Bondy wrote. "Easter egg waiting to happen? Or maybe another opportunity?"

Brad Cohen, Mozilla's senior brand strategist, said the company has sent a request to IANA, the organisation that co-ordinates internet protocol numbers and domain names, "[but] it's unclear what the timeline on those requests are".

It's also not clear what moz://a would point to, with Cohen suggesting it send users to Mozilla's blog post about the rebrand.

The free internet foundation came up with the new logo in part to change people's perceptions of the organisation, which found in a survey that 30% of people didn't know it does anything other than make Firefox, while many confuse Mozilla with the browser. 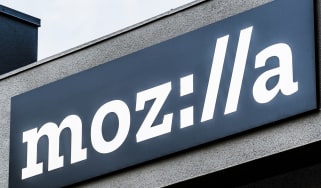