Uber aims to demonstrate its flying cars in 2020

The ride-hailing firm is looking to take to the skies 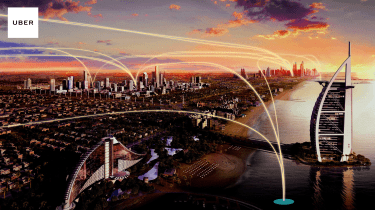 Flying taxis that take you around cities at the press of a button sounds like the far flung future - or at least like the setting of The Fifth Element.

But Uber wants to make that vision reality much sooner - by 2020, in fact. The ride-hailing firm aims to demonstrate its airborne cabs, which people can order to take them around cities - during the 2020 World Expo in Dubai.

The first partner cities are Dallas-Fort Worth and Dubai. Dallas-Fort Worth is looking to be the first metropolitan area in the US to explore a flying car pilot and Uber also recently entered into a partnership with the Dubai Road and Transport Authority, which will be funding studies for demand modelling in the region to better understand pricing and network optimisation. 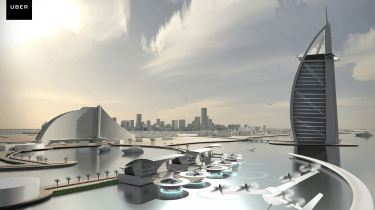 In both of these cities, Uber said it needs to develop infrastructure partnerships with local real estate companies in order to construct vertiports for a future Uber Elevate Network. The company has already partnered with Hillwood Properties in Dallas-Fort Worth and is looking to partner with several real estate companies in Dubai in order to do this.

Uber also partnered with aircraft manufacturers who are developing electric VTOL vehicles such as Aurora Flight Sciences, Pipistrel Aircraft, Embraer, Mooney and Bell Helicopter. The company also needs to develop a VTOL charger for the Uber Elevate Network so has partnered with ChargePoint for this to happen.

Chief Product Officer at Uber Jeff Holden said: "What started as a simple question 'why can't I push a button and get a ride?' has turned, for Uber, into a passionate pursuit of the pinnacle of urban mobility - the reduction of congestion and pollution from transportation, giving people their time back, freeing up real estate dedicated to parking and providing access to mobility in all corners of a city. Urban Aviation is a natural next step for Uber in this pursuit, which is why we are working to make push a button, get a flight a reality."

The event will prove a welcome relief to the embattled company from headlines about its investigation into claims of sexism at the firm, breaking Apple's privacy rules, and court battles.

Uber has appointed ex-NASA executive Mark Moore as director of engineering for aviation in its Elevate division - the department that is trying to develop a flying taxi.

It's hoped Moore can provide the knowledge necessary to make Uber's dream a reality and transport the automated cars it's researching from the road up into the skies.

Uber released a whitepaper back in October explaining its decision to research drone vehicles, which will feature vertical take-off and landing technology to ensure they can launch from almost anywhere.

It discussed the benefits of on-demand urban air transportation, explaining it will enable commuters to get to their place of work in minutes rather than hours.

"Imagine traveling from San Francisco's Marina to work in downtown San Jose a drive that would normally occupy the better part of two hoursin only 15 minutes," the company said. "What if you could save nearly four hours round-trip between So Paulo's city center and the suburbs in Campinas?"

The white paper included Moore as one of the contributors to its research, so it's not surprising he decided to make the jump to the on-demand taxi service when they realised his expertise in the field. In fact, his work on a similar project for NASA made him perfect to fill the vacancy at Uber's flying car division.

Moore said the main problem with flying cars is that battery technology hasn't developed far enough to provide the vehicles with the power they need to stay in the air for prolonged periods of time.

Uber is working with Volvo and Daimler for its road-based automated car technology, but it's not clear if it'll be working with other partners for its air vehicles.