Is Intel's US factory pledge all that it seems? 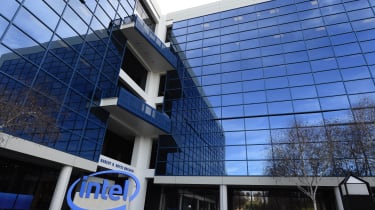 "It's an honour to be here today representing Intel and to be able to announce our $7 billion investment in our newest, most advanced factory - Fab42 in Chandler, Arizona," Krzanich said.

"Fab42 is an investment in Intel, but also the US's future in innovation and leadership in the semiconductor industry," he went on. "Fab42 will employ approximately 3,000 direct high-paying, high-wage, high-tech jobs at its peak, and over 10,000 people in the Arizona area in support of the factory."

President Trump expressed his support for the plan, stating it was a "great thing for Arizona. Unbelievable company and product, and we're very happy. And I can tell you the people of Arizona are very happy". He also sent out a tweet, personally thanking Krzanich for investing in "American innovation and jobs".

However, the news may not be the revelation that it initially appears to be. In fact, Intel initially announced the creation of the Fab42 facility six years ago, in February 2011. The project was originally scheduled for completion in 2013 but was put on indefinite hold in 2014.

When asked why Intel is choosing now to re-start the project, Krzanich said: "It's really in support of the tax and regulatory policies that we see the administration pushing forward that really make it advantageous to do manufacturing in the US." This implies that Trump played some role in Intel's decision to resume construction on the factory.

Instead of being an endorsement of Trump and his policies, another explanation for Intel's sudden interest in finishing the project is this is the first time they've been able to afford it since its original announcement.

The timing of the decision happens to coincide well with a general improvement in the state of the company's balance sheet. When the Arizona factory was announced in 2011, the company was flush with cash from its record sales the previous year, but that cash had largely dried up by the time the project was halted in 2014.

Tech innovation in the 2010s was driven primarily by the mobile computing revolution - a trend that passed Intel by. While tablets and smartphones got more and more successful, traditional PC and laptop sales suffered and not until last year did Intel's sales recover to the level they were at when Fab42 was first announced.

Investing in new manufacturing is likely to be an increasingly urgent priority for Intel. While sales have improved, it's now become clear that the continually-shrinking PC market will not be enough to support the company for much longer. Intel has been making big bets on the chips powering emergent technologies such as wearables, AI and self-driving cars.

However, in order to sustain this business, the company will need new manufacturing capabilities - possibly including new extreme ultraviolet lithography tools, which are big enough to fill an entire 747 and would likely need to be housed in purpose-built plants.

Despite Krzanich promising a total of 13,000 new jobs as a result of the new factory, the news is also not an indication that Intel is going to start bringing Jobs back to the US. As Krzanich was keen to point out, most of the company's R&D and manufacturing operations are already stateside.

"We're consistently one of the top five exporters in the country and one of the top two research and development spenders in the United States. And we've been able to do that even while the regulatory and tax policies have disadvantaged us in the past relative to the competition we have across the world."

It's worth remembering, too, that the company announced a round of 12,000 global layoffs last year. While it's still unknown what proportion of that will affect US workers, it's likely to be sizeable given that the majority of its staff are based in America.

In essence, this announcement is largely Intel breathing new life into an old plan and while it may be the silver bullet the company needs, it seems unlikely that Trump had much of a hand in it - although he is evidently happy accepting the credit.