We showcase the latest news focused on machine learning... 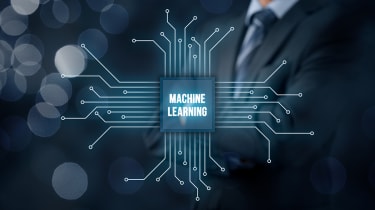 We've rounded up all the latest machine learning news for you here. Check back for regular updates.

A new machine learning tool has been launched by Jigsaw, the technology incubator within Google's parent company Alphabet, that is looking to improve the comments sections of websites by identifying "toxic" comments.

Dubbed Perspecitve, the tool is being trailed by several publishers, including the The New York Times, The Guardian, The Economist, and Wikipedia.

In a blog post, Jigsaw president Jared Cohen said that the tool eviews comments and scores them based on how similar they are to comments people said were "toxic" or likely to make someone leave a conversation.

In order to learn how to spot potentially toxic language, Perspective examined hundreds of thousands of comments that had been labeled by human reviewers.

"Each time Perspective finds new examples of potentially toxic comments, or is provided with corrections from users, it can get better at scoring future comments," he said.

A publisher can then decide what they want to do with the information they get from the machine learning tool.

"For example, a publisher could flag comments for its own moderators to review and decide whether to include them in a conversation," he said.

Users can try out the tool on Perspective's website.

Google has made available bare metal NVidia GPUS on its cloud for machine learning purposes.

The move should save customers the hassle of building a GPU cluster in their own datacentre by adding GPUs to VMs in the cloud. Each NVidia GPU in a K80 has 2,496 stream processors with 12 GB of GDDR5 memory.

Google said the technology will be well suited to training machine learning models as the GPUs are tightly integrated with Google Cloud Machine Learning (Cloud ML).

IBM has unveiled its new IBM Machine Learning, which it said was the first cognitive platform for continuously creating, training and deploying a high volume of analytic models in the private cloud at the source of vast corporate data stores.

The service uses IBM's core Watson technologies to speed up "the adoption of machine learning where the majority of corporate data resides," said Rob Thomas, general manager for IBM Analytics. "As clients see business returns on private cloud, they will expand for hybrid and public cloud implementations."

Big Blue said that the service could benefit retail firms looking to use machine learning to investigate sales trends in real-time. In healthcare, it could be used to tailor offerings to individual and their unique circumstance. Healthcare and personal fitness devices connected via the Internet of Things (IoT), can be used to collect data on human and machine behaviour and interaction.