CEO job description: What does a CEO do?

What does the person in the corner office really do - and how can you get there? 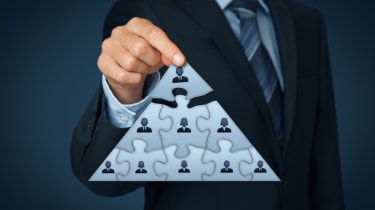 Modern businesses are constantly adapting and as digital transformation becomes a priority, the physical layout of the office, as well as job functions shift to address the company's needs. One thing that is particularly prevalent is a shift of power, whether that's buying decisions or more strategic decisions.

But one thing will usually remain constant: there will always be someone at the top of the hierarchy, overseeing the entire business. This person will lead from the front, making sure everyone's efforts are coordinated and working towards the same objectives.

This leader is usually known as the CEO or chief executive officer to give the role its full name. He or she will be appointed by a board of directors, deemed the most skilled person to take the business in an upwards direction. In some businesses, the CEO is a well-known figurehead and in some, giant companies, they're somewhat of a celebrity, like Facebook boss Mark Zuckerberg or Elon Musk.

Other famous CEOs are the late Steve Jobs, who became well-known for his design-led eye and innovation, while Microsoft's boss Bill Gates may be a veteran in the world of technology, but he's still somewhat of a messiah in the computing world.

Despite reports that women are poorly represented in the tech industry, many companies have female bosses. Ginni Rometty was the first women to head IBM, Safra Catz is the CEO of Oracle and Susan Wojcicki is the CEO of YouTube.

Read on for a more in-depth explanation of the role of the CEO...

What does a CEO do?

The CEO is both the head of a company and its driving force. Not only will a CEO have the ultimate say in the direction of an organisation, they will also be first in line to face criticism or even dismissal if something goes wrong in a business.

So a CEO has a lot of responsibility riding on their shoulders. They need to set the strategy of their company, spearhead its vision, be ready to react to challenging situations or hostile moves by rivals and be answerable to the company's key stakeholders. A CEO is also the foremost spokesperson for a company, and as such they must be ready to field questions and indeed criticism from customers, clients, press, and other members of their organisation.

With such power and responsibilities, a good CEO will surround themselves with a capable C-suite leadership that can assist and augment their leadership, as well as provide specialist skills and insight that they might lack. Essentially, a good leader surrounds themselves with people that compliment their own abilities and fill in any gaps in their knowledge or experience.

A CEO also sets the culture of a company, moulding it into a secretive yet innovative firm in the case of Steve Job and Apple, or a firm that is keen to dominate a market as seen with Bill Gates and his leadership of Microsoft. The flip side to this is that when one CEO leaves and another takes their place, the culture can change dramatically, for better or worse.

What qualifications does a CEO need?

This really depends on the organisation in question. A start-up, for example, may look for very different qualities in its leaders than, say,  a financial institution. Some common attributes are required though - business acumen, a desire to success and the ability to lead rather than just to manage.

James Tye is CEO of IT Pro's parent company Dennis publishing. He's risen up through the ranks through many roles, starting as a journalist on sister title PC Pro. He's absolutely passionate about the publishing industry (and also the good work that the company now undertakes, as it's owned by a charity) and he leads with a very much top-down and bottom-up ethos.

A prime example of this leadership style is in the company's current move to more agile working. We're moving to a new office with no sub-offices and using technology to help us get the most value out of everything we do and that charge is very much being led by Tye. In fact, he spoke in detail about our plans and his vision becoming a reality at our Collaboration and Communication 2016 event last July. You can find more detail about that here.

What do CEOs earn?

Again, this can vary but as the most important person in any organisation, you should rightly expect to be earning more than everyone else!

According to Glassdoor  albeit from a 2015 post the average CEO earns 204 times the median worker's pay. More recent figures by Payscale, updated in January 2017, suggest that CEOs based in the UK can expect to take home between 42,408 and 212,346 each year, including any bonuses or profit sharing. 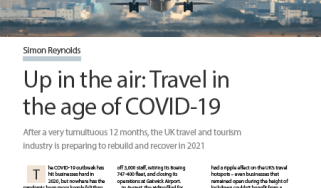