CDO job description: What does a CDO do?

What is a chief digital officer and how does the role differ from the rest of the C-suite? 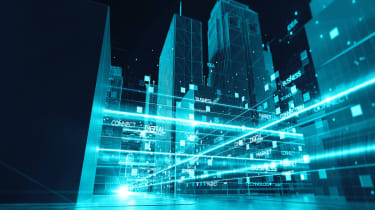 Being a chief digital officer (CDO) can be a very tough gig. On the one hand, you're responsible for digitally transforming your organisation so that its health is guaranteed in the medium and short-term. On the other hand, you may be stepping on the toes of the CIO and CTO.

In some organisations, there is no official CDO role; it's just part and parcel of what the CIO or CTO do. But that is changing, and changing quickly in many organisations, as they realise that more focus is needed in this area and it's not necessarily something that can be bolted onto an existing job title.

Analyst firm Gartner predicts that by next year, 90% of large companies will have a CDO role in place. They also estimate that half of leading organisations will have a CDO with similar levels of strategic influence and authority as their CIO by 2020.

What does a CDO do?

The CDO is the essential driving force behind an organisation's digital transformation strategy, and the man or woman charged with coordinating these efforts. Whoever takes up the mantle must outline and stick to a vision, as well must organise how different departments, from finance to IT, feed into this to meet any digital transformation goals.

The key responsibilities include mapping out the major priorities for digital transformation and serving as the point of contact for innovation. But the role also intersects with other areas, with the CDO expected to stay on top of whether an organisation has the digital skills at hand to realise its strategy, as well as evaluate the return on investment (ROI)

Above all, the CDO must ensure the appropriate processes, procedures and technologies are used to their full potential so 'digital' becomes ingrained into the business - rather than something consigned to the back of the mind.

While encompassing a broad brief, a CDO's duties also carry a tremendous amount of responsibility given digital transformation is becoming increasingly key to nearly all businesses' future. It's the norm for CDOs to report straight to a firm's CEO, with far more discretion to act unilaterally than other key figures across a business may have perhaps.

What qualifications does a CDO need?

A CDO doesn't necessarily need a set roster of qualifications to carry out the role. The candidate could come from a varied background and of course, they may not only hold the role of CDO, but partake in activities linked to the company's digital strategy as part of their daily duties.

As digital transformation in becoming more commonplace, if an employee is carrying out some CDO duties as part of their wider role, there is a possibility that they may be promoted to CDO in future, as demands calls for it.

But does the job title really matter? If an employee remains in an alternative role, but still focuses on delivering value for the business through a time of change, does the label need to be so official?

Forrester Research's vice president and principal analyst Nigel Fenwick doesn't think so, as he conveyed in a blog post back in 2015, writing: "Let's not get too hung up on titles what really matters is the ability to combine a deep understanding of the customer with an understanding of how digital technology will drive new sources of customer value."

According to a report by PwC that looked into the qualities a CDO should possess in order to be successful in their role, it highlighted five personality traits that a CDO should have. They are being a progressive thinker, a creative disrupter, a customer advocate, an innovative technologist and a universalist.

Which one an organisation employs is very much dependent on the type of business and what they're trying to achieve, according to PwC.

"European companies are leading the field when it comes to hiring CDOs, with 13% having appointed someone for the role. However, as digital transformation continues to move up business agendas, it's time for those who haven't yet invested to prioritise filling the CDO position, as competition for the best talent will only increase," said Ashley Unwin, PwC's UK and EMEA consulting leader.

"Many organisations struggle to know where to start in recruiting for this newly created role. These five archetypes provide an overview of the different roles and responsibilities a CDO could hold in order to help companies work out the best fit for their specific needs and drive their organisation towards a digital future."

How much do CDOs earn?

Given how new the role itself is and the fact that many CDOs wear hats with different names, it's hard to say for sure what the earning potential is. Payscale reckons the average salary for a CDO in the US is around $200,000 so it's likely a UK-based CDO could expect a nice, fat pay packet at the end of each month.

According to Gartner, the average number of employees in a CDO's office is 38, but 66% of organisations surveyed expect that the allocated budget for the office will grow, meaning that a CDO could find themselves managing fast-growing teams. Companies like Wells Fargo, IBM, Aetna and Ancestry have implemented the CDO role with the intent to take their data strategy to the next level, making the role of Chief Data Officer a business staple in 2018.