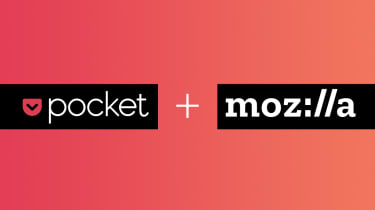 Mozilla has made its first strategic acquisition, buying content curation app Pocket for an undisclosed amount.

The Pocket service allows users to save articles for offline consumption, as well as sharing them with friends. Mozilla bought Pocket creator Read It Later to help fuel its 'Context Graph initiative', a plan to build an Amazon-style recommendations engine, but for the whole of the internet.

"We believe that the discovery and accessibility of high-quality web content is key to keeping the internet healthy by fighting against the rising tide of centralisation and walled gardens," said Mozilla CEO Chris Beard. "Pocket provides people with the tools they need to engage with and share content on their own terms, independent of hardware platform or content silo, for a safer, more empowered and independent online experience."

Pocket brings with it 10 million monthly active users who are sharing and recommending content to each other, along with established advertising, analytics and subscription services.

However, Pocket will continue to be operated as an independent, wholly-owned subsidiary within Mozilla. Unlike a previous acquisition offer from Evernote, the takeover will not result in Pocket being subsumed into a larger product.

This is partly because Pocket is already strongly integrated into many services. It is the default offline reading service for Firefox, has successful mobile apps and was one of the first extensions available for Windows 10's Edge browser.

Pocket has expressed excitement about partnering with Mozilla. "They're adding fuel to our rocketship," said founder and CEO Nate Weiner in a blog post announcing the acquisition.

"We have worked closely with Mozilla as we partnered with their Firefox team, and established a deep trust with their team and vision," he added. "They have extraordinary resources, global scale, and reach to put Pocket in more places, and help us build an even better product, faster."