Born out of HP's split, HPE focuses on enterprise products and services

Hewlett Packard Enterprise (HPE) was created in 2015 when HP split its operation into two. On one side is HP Inc, the printer and PC arm of the company, while HPE deals with enterprise products and services.

Since HPE was formed it has consistently grown in terms of both revenue and profit margin, and has been buying businesses and launching new products and services to keep up with competitors. It hasn't become bloated, though, and over the past five years has spun off various business units, most notably its software and enterprise services divisions.

The announcement that HP was going to be split into two parts came in 2014, with the division being completed in late 2015. Hewlett Packard Enterprise, as the name would suggest, is focused on enterprise hardware products, such as servers and networking equipment, whereas HP Inc sells printers, laptops and desktop PCs.

Despite experiencing some pretty tough times, HPE is still one of the leaders in its field, especially in the cloud market where it's competing head-to-head with Dell Technologies (particularly Dell EMC) for the largest part of the cloud IT infrastructure revenue share.

What does HPE sell?

Its storage portfolio covers everything from software-defined to all-flash to spinning disk and tape. Servers include tower, rack and blade, as well as integrated systems, while networking includes switches, routers and access points.

In 2017, the organisation launched what it claims is the most secure commercially available server infrastructure. Gen10 ProLiant includes what's described as a "digital fingerprint" built into its silicon and firmware. If the two don't match, indicating someone has been tampering with the server, it won't boot.

It is also heavily invested in research, with its Labs division focusing on projects such as The Machine in-memory compute (technology that has recently been baked into the company's Primera storage offering), and supercomputing/high-performance computing (HPC).

The company has also been pushing heavily into cloud and edge computing in recent years. Most recently, this has culminated in a partnership with Nutanix, announced in April 2019, which will deliver hybrid cloud as a service through HPE's GreenLake platform, and interoperability with Google Anthos, AWS and Azure, announced at its annual Discover conference in 2019, along with a new cloud management platform, Aruba Central. Edge computing, meanwhile, has been allocated a $4 billion investment to help boost product development and partnerships in this area.

While HPE has only existed for only five years as a company, its heritage goes back 80 years to 1939, when it was founded in a garage by two Stanford University electrical engineering graduates, Bill Hewlett and David Packard.

For the first 30 years of its existence, the company focused on small electronics equipment like audio oscillators, calculators and counter-radar technology during the Second World War. It was only in 1966 that it entered the computing business with a series of mini computers.

In the decades that followed, however, it took pioneering steps in server architecture, 'smart' ASCII terminals, desktop computing and desktop printing.

During the 2000s and early 2010s, the company experienced a particularly turbulent time following a number of troubled acquisitions, notably Compaq, EDS and Autonomy.

Between 1999 and 2011, HPE went through three CEOs (not counting interim CEOs), all of whom left under a cloud. Finally, in September 2011, Meg Whitman was brought onboard and it was she who oversaw the division of HP into HPE and HP Inc.

Whitman continued as head of HPE following its founding in 2015 and led the charge to further narrow the company's focus on enterprise hardware, spinning off its software and services businesses (although this latter move was reversed in 2017 with the launch of PointNext). She also focused on building up the company's in-memory computing efforts, known under her tenure as The Machine, and edge computing capabilities, as well as a focus on hybrid IT.

In November 2017 Whitman announced she would be retiring from her position of CEO, with the company's then president Antonio Neri taking over in February 2018. Neri remains CEO today.

Since its creation in 2015, HPE has been on a consistent quest to bring new technologies into its portfolio through acquisitions.

The first of these is arguably Aruba Networks, which was acquired in the period between the spin-off announcement and its completion. Since then, it’s become an integral part of the company.

Another key acquisition for the company was Nimble Storage, which it bought for $1 billion in 2017. The technology brought on as part of this acquisition has gone on to be an integral part of the company’s jewel in the crown of its storage business, Primera.

Another notable area where it’s been making acquisitions is in high-performance computing (HPC). In 2016, it bought SGI, and followed up this move by purchasing another big name in HPC, Cray, in 2019. HPE hasn’t referred back to either company in quite the explicit way that Nimble Storage and Aruba have been, but their artificial intelligence (AI), machine learning (ML) and exascale computing pedigree is palpable in some of the company’s most recent products and strategy announcements.

A final acquisition of note is Niara, a security company it bought back in 2017. The technology brought onboard following the purchase has now largely been incorporated into Aruba in order to bolster its network security.

While no acquisitions have been made in 2020 at the time of writing, the year is still young 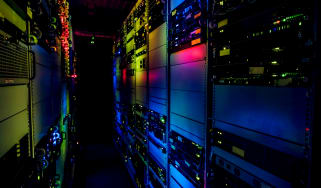 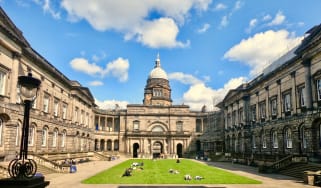 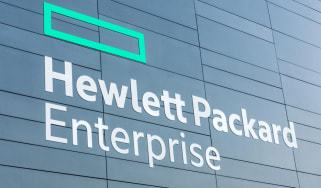