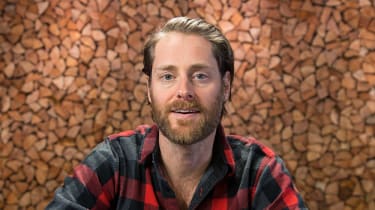 Hootsuite CEO Ryan Holmes has found himself in hot water after telling a reporter to call a phone sex hotline.

Holmes was apparently unhappy with Bloomberg reporter Gerrit De Vynck, who wrote a story alleging that the social media tool's $1 billion valuation was inflated, calling Hootsuite "the unicorn that never was".

Speaking to De Vynck directly via Twitter, Holmes called the headline salacious, and claimed that the story "was filed prior to our comment". When the journalist countered that he had previously tried to contact Holmes for a statement but was unable to get through, Holmes gave De Vynck a number to call him on.

Rather than being a genuine contact number for the CEO, however, the number (which spells 1-800-EAT-DICK) actually went through to a paid sex line.

it's never a good time for tech ceo's to be sending tweets like this, but this is a particularly bad week https://t.co/ik5OgCVJRo pic.twitter.com/yU8Yg4H39t

Holmes initially tried to play it off as a mistake and that he had accidentally given De Vynck a wrong number, but eventually offered a public apology, saying it was "an attempt at humour" that was "offside". The offending tweets have also been deleted.

Apologies on an attempt at humour today. It was offside.