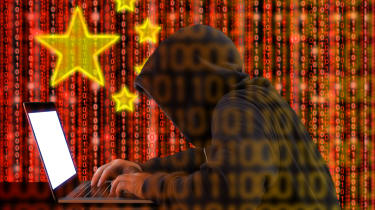 China has called for "international peace" in cyberspace amid rising online attacks between nation states, warning that the internet could become a "new battlefield" if action isn't taken.

China, home to the largest number of internet users, said that countries should not be engaging in activities designed to harm other nations and also claimed its new proposed strategy was based on principals of peace, sovereignty, shared governance and shared benefits.

The document, entitled the 'International Strategy of Cooperation on Cyberspace', states: "It is in the shared interests and also the responsibility of the international community to safeguard peace and security, promote openness and cooperation and foster a community of shared future in cyberspace."

"Countries should reject the Cold War mentality, zero-sum game and double standards, uphold peace through cooperation and seek one's own security through common security on the basis of full respect for other countries' security."

Beijing currently operates the world's largest and most sophisticated online censorship systems, dubbed by the outside world the "Great Firewall", which blocks access to major websites including YouTube and Google, and some human rights agencies. But now China appears to want to rectify "imbalances" in the standards set across international cyberspace.

The country has now called for governments, international organisations, internet companies and technology communities to "play their part" in creating a "multitiered governance platform".

"The tendency of militarisation and deterrence buildup in cyberspace is not conducive to international security and strategic mutual trust."

"China encourages all parties to commit to peaceful settlement of disputes, nonuse or threat of force and other basic norms in international relations, and put in place consultation and mediation mechanisms to forestall and avoid conflict," the report states.

Cyber attacks between nation states have certainly been a problem recently, most notably Russia's long suspected involvement in disruptive attacks and email leaks during the 2016 US Presidential election. But while China may be attempting to the take the moral high ground, it has itself been accused by the US of cyber attacks against computer systems.

Reuters recently reported that an attack perpetrated from China caused the crash of a website belonging to South Korean firm Lotte Duty Free. An increase in attacks against South Korea coincided with the installation of a US missile deffence battery in the country, states the report.

"China will facilitate cyber culture cooperation among countries," the document reads, "to leverage the strength of the internet to showcase the progress of civilisations of all countries and peoples, enhance cultural exchange and mutual learning and enable peoples to share their feelings and deepen mutual understanding."