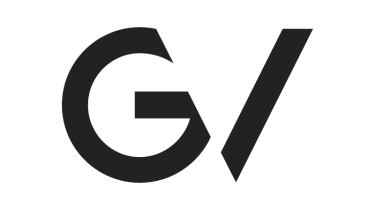 GV, the venture capital arm of technology giant and Google parent Alphabet, has invested 20 million into a UK technology startup, providing a means for businesses to offer cross-border payment services to their customers.

Currencycloud, a UK based payments service that has just set up shop in the US, has already received investment from firms including Notion Capital, Sapphire Ventures and Japanese technology company Rakuten.

This is certainly good news for the UK technology startup scene, as overall investment recently fell to its lowest point in five years, blamed largely on the turbulence created as a result of the Brexit vote last year.

According to a report by Beauhurst, UK startups received 3.6 billion in investments in 2016, down 12% on 2015 figures, with the total number of annual deals also falling by 18%.

Google's stake brings total investment in Currencycloud to 44 million, which will be used to support its global expansion, which already counts Klarna, Travelex, Standard Bank and Azimo among its customers. The company revealed $25 billion in payments had so far been sent through its infrastructure in over 200 countries.

CEO Mike Laven said: "Currencycloud provides a set of multi-currency payment and conversion tools that are helping hundreds of companies globalise fast. We are seeing massive and increasing demand for these services, with volumes growing over 150% last year."

Initially launched in 2012, Currencycloud provides a platform for business wanting to offer international payment services without the need for complex and expensive infrastructure. It also provides a means for companies to build apps and services using its currency APIs.

"We believe in empowering developers by making it easier for them to add scalable services to their products, ideally with simply APIs," said GV general partner Tom Hulme. "Currencycloud is the leader in providing cross-border payment services in this manner, a real need as companies globalise."

Despite acknowledging a dip in sales as a result of the vote to leave the European Union, Laven remained optimistic that business would continue to thrive, and is preparing to seek a licence to operate within the EU if it becomes necessary after Brexit negotiations.