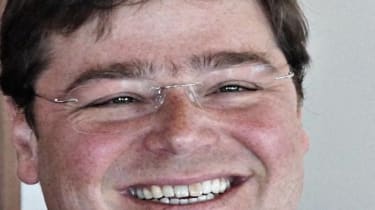 The Chief Digital and Information Officer (CDIO) of Camden, Haringey and Islington Councils, Ed Garcez, has called on local government to try to encourage fresh talent to join the public sector.

Garcez, who has spent more than a decade as an IT leader within local government, suggests that local government has failed in its attempts to attract new talent to join the public sector, and that fresh impetus from younger people could help councils in the long-term.

"I think we should work with graduates, universities, sixth-form colleges, apprentices and technology trainees more I think that's what we haven't done well in local government," he says.

"If you look at the average age of our workforce it's roughly 40 to 50, and there are decreasing numbers of people joining at the bottom of the organisation and that's the bit we need to fix," he adds.

Garcez himself has been recruited recently by Camden, Haringey and Islington to be the first CDIO of all three councils as they aim to make savings of up to 6m a year by sharing services. He has some big decisions to make in terms of his own leadership team. Camden Council currently has an interim CIO, Omid Shiraji, while Haringey's CIO David Airey left in March 2016, and Islington Council's head of ICT Service Delivery Adrian Gorst switched to head of digital delivery' for all three councils.

It's a tricky situation for Garcez having to streamline teams and call on the best people to be part of the leadership team - but one that he is familiar with. His last role was also as an IT leader of three councils, the Tri Borough, made up of Westminster, Kensington & Chelsea and Hammersmith. But Garcez modestly plays down suggestions that he is now a specialist' for this type of role.

"I don't there is a [specialist] skill set in shared services," he says.

But he managed to hit financial savings targets of 6m by delivering a series of infrastructure programmes and a large-scale framework contract that allowed the Tri-borough to converge things like networks, datacentres and migrate some of its products to the cloud. In the middle of 2014, Hammersmith Council decided it wanted to adopt a different operating model, meaning that rather than doing things as a shared service as a default, it would review each opportunity and decide whether it wanted to join in.

So isn't Garcez fearful of something similar happening in his new role?

"There is always a risk, and it may look like things broke down or collapsed but that's not what happened in Tri-borough, and I don't think that's what [the Tri Borough or Hammersmith Council] would say either," he says, adding that Hammersmith is still reliant on Kensington and Westminster for network services, for example, and that it is inevitable that strategies are likely to change along the way.

But he also says that his new role as CDIO, rather than CIO is different.

"I have a much more robust mandate; it's not just to deliver an information technology function that feeds the business, but also to be actively involved in driving thinking around how technology and new ways of doing things can optimise the way we deliver services," he explains.

Getting to grips with data

What the three councils have been working on is to understand how they can use data better and that's not limited to the data that the council has access to; Garcez wants the councils to work better with the police and with health organisations. His team have already been in discussions with the North Central London (NCL) group about how data could be used better to drive a different approach to customer services delivery.

One person that could look after this specific area is a Chief Data Officer, it's an emerging role that a number of private sector organisations have already recruited for, while central government is set to hire a new CDO according to its latest transformation strategy. But Garcez says it is too early to tell whether or not he will hire a CDO.

"It's not clear to me whether we will bring all of the data people together into a single structure the challenge for us is how we encourage data people to work across different parts of the organisation," he says.

One way of tackling that challenge has been to bring together employees working in customer services, public health, social care, and other areas in which data is a core asset, at the three council's centre of excellence. There, the teams can work on the best strategic and technical architectures for data use across public services.

And this is the common theme when it comes to Garcez - he is passionate about what he calls shared learning', essentially staff within the three councils, as well as external public sector organisations - learning from each other to help them to achieve their main goal of cutting costs while improving services.