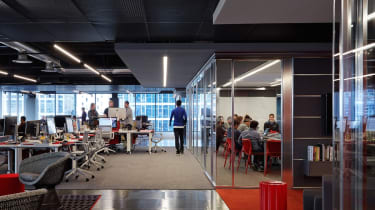 The Chief Data Officer (CDO) of independent investment research firm Morningstar, James Rhodes says that the key skill needed for a CDO to succeed is an understanding of the business they're in.

"It's great having all of this data, but what are you going to do with it? That is a business problem the technology side of using tools and infrastructure is much easier," he says.

Rhodes gives an example of a business leader coming to a CDO with a problem.

"They're not coming to you saying we really need some big data analytics'. They're going to say, I've got a problem and wouldn't it be great if we could sell more of this product".

"You then have to go away and interpret what that actually means, whether you have the data to provide an answer, and then if you do, you have to analyse that data, build the models and get back to them with a solution to their problem," he adds.

So business acumen is incredibly important in order to be the CDO but that doesn't mean a technical background isn't necessary. Rhodes spent more than a decade at IBM in various technical roles, before becoming a CTO at consultancy Rocaton Investment Advisors. As well as redesigning most of the company's systems that were used for research, and moving its infrastructure to a virtual environment, he created a tool for investors to check how their plans compared to their peers.

But Rhodes and his team realised that it was actually asset managers that were logging in and using it as a sales prospective tool. They then redesigned the tool to focus specifically on asset managers, and ran this as a standalone project outside of the main company for about two years. The tool was purchased by Morningstar in May 2016 and this is what led to Rhodes getting the call to become the investment advisory company's first ever CDO.

Rhodes says that as a data geek' he thought it was a great opportunity for him - but emphasises that unlike many companies, the role of data at Morningstar was different.

"It's not like other companies that are trying to monetise the data they have; Morningstar already does thisit's not a company trying to figure out how to do more with data, it's a data company at its core," he states.

A selection of data

The type of data that Morningstar has coming in to the organisation is wide-ranging. It includes mutual fund data, equity data, real time business data and credit card transaction data to name just a few sources.

"Real time data is obviously updated in real time but things like mutual fund prospectuses are only getting updated so often, so the challenge is how we find the balance of getting the systems, technologies and processes in place that can handle the data that is coming in," he says, adding that there is a couple of petabytes of real time data coming in alone.

The investment advisory firm has many ongoing projects, but Rhodes picked out its work in the analytics space as one area he is particularly interested in.

"With our clusters being set up and now being fed with data, and the ability to write Spark algorithms and start analysing all of this is pretty exciting to me; I'm waiting to see what we can come up with now that we have some of the core foundations in place," he states.

The company also has a number of artificial intelligence initiatives on the go.

"Part of what we do is collect vast amounts of data from various different places and use different AI technologies and techniques but layer them on top of our processes to collect and curate our content, creating value-added information out of structured and unstructured data," he says.

But the long-term aim is for AI to be used in other value-added areas not just to automate tasks, Rhodes states.

They're doing it so we should too'

Rhodes urges organisations to not dive straight into big data just because other companies are doing it.

"I'm a big believer that analysing data for the sake of it is not valuable," says Rhodes.

He believes that there has to be an objective in mind, and that this has to serve either the company's end clients the people who use Morningstar's products or data feeds in his case, or its internal clients such as those doing research within the investment advisory firm.

"So it's fundamental to me that we don't do this in a vacuum it has to be connected and evolved with the business at all times," he says.

This means Rhodes has to work closely with the various teams at Morningstar, including those working on products and in research, and the data governance, technology and data science teams.