Marc Benioff: World is suffering a 'crisis of trust' over AI 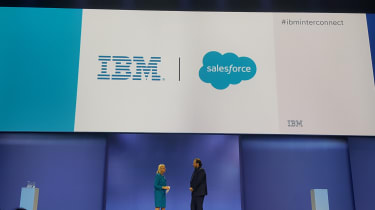 Salesforce CEO Marc Benioff has urged companies to work together to prepare for disruption brought about by the development of artificial intelligence, in an age where the world is suffering from a "crisis of trust" about the technology.

Speaking at IBM's InterConnect conference on Tuesday, Benioff highlighted the need for "guardrails" going forward, as the introduction of AI technology will need to be monitored to ensure it works "in service of mankind".

"The history of IBM is built on trust, and I think today in the world we are going through a crisis of trust," said Benioff, speaking to IBM boss Ginni Rometty. "Artificial intelligence is something we have all dreamed about. When you look at machine learning, machine intelligence, deep learning... there's an acceleration going on. It has honestly surprised me." 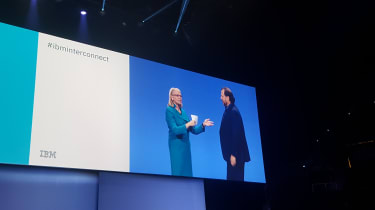 "We are in the fourth industrial revolution. This technology needs to have guardrails as we move forward, and I think it has to be led by companies, individuals, organisations that have a set of principles and values that take us to a future that we all want."

The pair made a visit to the White House on Friday to discuss the need to prepare for changes that AI will ultimately bring among the workforce, including disruption to the types of skills needed to function alongside cognitive applications.

Salesforce and IBM recently struck a landmark deal that would see the integration of two of the world's largest AI platforms, Einstein and Watson. The global partnership, announced in March, allows Watson APIs to be integrated into Salesforce, granting new capabilities for customers and access to new services like IBM's The Weather Company.

Preparing for a new era

The comments come amid concerns that the unchecked application of AI across industries may lead to many human jobs being replaced by automated services. Although admitting the introduction of AI to the workplace would undoubtedly impact on some jobs, Ginni Rometty believes that the technology will solve many more problems than it creates.

"With any new technology it does lead back to skills, because you have to prepare for a new era," said Rometty.IBM recently put forward a paper called the Trust and Transparency Principals for the Artificial Intelligence Era, a model that sets out a framework for the introduction of AI to industry to limit disruption.

"We absolutely believe that this is all about the way it is managed, that the goal is cognitive intelligence. The purpose is to be in service of mankind," said Rometty. "You have to be transparent. When you use these technologies, you tell your client when they are using Einstein, when they are using Watson, and the client will want to know: Who trained it? Where did that data come from?"

"This is really the year where AI has gone mainstream. It is about all of us together ushering these technologies in in a way that is positive for mankind," added Rometty.