The company said it has paid what is due, even though there's a £5 billion discrepancy in sales vs. turnover 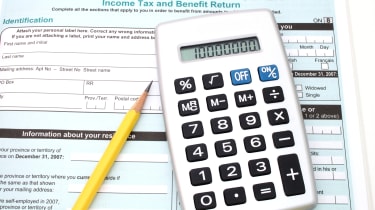 Google's tax bill totalled 36 million in 2016, according to its accounts for the year - although the government still doesn't think it's paying what is owed in this country.

The company took on an additional 600 staff last year, taking its total workforce up to 3,000 in the country, but as many of those staff members are employed as part of its product development and marketing services, the tax rules are slightly different compared to a wholly operated company based over here.

That is what the government thinks is unfair when compared to other companies that fully disclose their business as operating on our shores.

Google's parent company, Alphabet, show sales of 6 billion in the UK, but said it had turnover of just 1 billion. That 5 billion discrepancy is what's causing all the commotion, because most of its sales are recorded in Ireland, where tax rates are lower compared to the UK.

"As an international business, we pay the majority of our taxes in our home country, as well as all the taxes due in the UK," a Google spokesman told the BBC.

"We have recently announced significant new investment in the UK, including new offices in Kings Cross for 7,000 staff."

Labour's John McDonnell thinks the latest figures are a miscalculation too.

"It is a national disgrace that by paying just 36 million in tax Google could have an effective tax rate lower than many working families in our country," he commented. "And it exposes the complacency at the heart of this Tory government, which is allowing this to still continue despite last year's scandal."

"It seems that the so-called 'successful' tax deal with Google that George Osborne boasted about last year has meant that they are still not paying their fair share under his successor Philip Hammond."

HMRC said it would not comment on Google's specific circumstances, but added it does not settle for less when it comes to companies paying the tax owed.

"Our most recent figures show that HMRC brought in a record 26 billion in extra tax for our public services, with 7.3 billion of that total coming from the 2,100 largest and most complex businesses in the UK," it said in a statement issued to the BBC.