Company hopes that whisking the old option away will scramble trolls 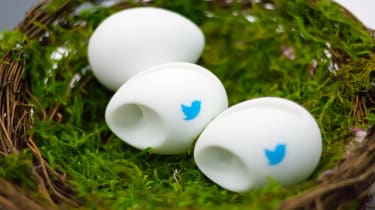 Twitter has changed the default profile picture for new users from the classic egg, in a bid to help combat negative associations with harassment on its platform.

New users will be greeted with a silhouette, similar to many other social networks. Twitter hopes that this will encourage users to upload a profile picture, which will in turn help discourage abuse.

"We've noticed patterns of behavior with accounts that are created only to harass others - often they don't take the time to personalize their accounts," the company said in a statement.

"This has created an association between the default egg profile photo and negative behavior, which isn't fair to people who are still new to Twitter and haven't yet personalized their profile photo."

For the past seven years, any new user who signed up to Twitter would have an egg as their default profile picture, a placeholder that was supposed to be swapped out for something more individual.

However, the iconic egg display picture has now become deeply linked to Twitter's endemic problems with trolls, harassment and abuse. Because anonymous accounts are frequently created with the sole purpose of attacking other Twitter users, the default avatar has now become associated with harassment.

The decision has been met with criticism from the Twitter community, some of whom are sad to see the egg icon go. Some have even gone so far as to deliberately change their display pictures back to eggs after the swap.

It saddens me that the next generation won't know what it means to be a Twitter egg.

twitter removed all of the default egg icons join the movement to bring them back #bringbackeggicon pic.twitter.com/L375bFIhdH

Others have suggested that the move won't do a huge amount to actually stem the tide of abuse being experienced by certain users, and that trolls are going to be a problem until the company takes proactive steps to stamp them out.

I'm so glad the Twitter egg avatars are gone. Getting mansplained by featureless shadowy grey figures is so much better.