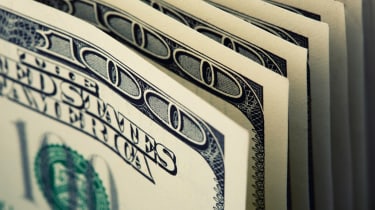 Volkswagen has invested $180 million in Chinese AI startup Mobvoi, while Delphi Automotive has invested in three companies to help boost its efforts in the autonomous car arena.

Volkswagen's $180 million will ensure the company is one of the first vehicle manufacturers to take advantage of Mobvoi's voice-recognition and natural language processing technology in its driverless cars. Its voice commands can be used alongside a smart rear view mirror that displays navigation services, messaging and other information in an easy-to-see place.

Mobvoi has received funding from a number of other huge entities, including Google in its last funding round. Alphabet, Google's parent company, helped the business boost its value to $300 million and it became the first Chinese company to benefit from Google money.

In a similar deal, Mobvoi became an official partner of the Google Android Wear platform, which now uses the voice recognition software.

Leading on from Volkswagen's driverless car investment, Delphi Automotive has invested in connected car services company Otonomo and chip maker Valens. It's also partnered with ethernet connector business Rosenberger, hoping to use all three solutions in the car parts it distributes to manufacturers.

Otonomo in particular will help car manufacturers realise the potential of data when developing new autonomous car innovations. Its platform collects the data from driverless cars, anonymises it and then sells in in a third party marketplace so car manufacturers can then come up with ideas that will improve the customer experience.

"They're a data broker, they're providing enabling technologies allowing the (automaker) to market their data across a wide array of services and vendors," Delphi's CTO, Glen DeVos, said.

He added that the company's investments and partnerships will help it open up its business to new market sectors, including retailers, fleet transport services and vehicle repair services.