Spotify 'might ditch an IPO in favour of direct listing' 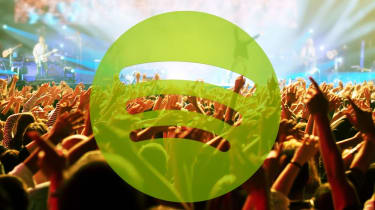 Spotify is reportedly considering skipping out on its own IPO, in a controversial move that has left many experts scratching their heads.

Instead of an IPO, the company is said to be eyeing a direct listing, according to the Wall Street Journal. This method of going public negates the share price fluctuations that accompany a traditional IPO, but will likely reduce the amount of money generated by the company.

The WSJ referred to anonymous sources familiar with the matter, who said that the decision was being driven not by the desire to raise the large sums commonly associated with IPOs, but to give long-term investors and employees the chance to cash out. Spotify refused to comment on the matter.

In a standard IPO, early buyers (or, 'institutional investors') are approached to purchase blocks of new shares immediately before they go on the open market. Once trading opens, the shares usually jump in value, whereupon the institutional investors sell them for a profit. This, in turn, pushes the company's stock price higher and leads to a large, immediate payout for the company.

By listing their stock directly, Spotify would bypass the initial investors, selling shares directly to the public. This means that they're not going to surge in value in the same way, and will generate much less money than other tech IPOs.

This is partly why it's such an unusual model; tech IPOs in particular are generally used by companies to secure serious cash infusions in order to fuel expansion efforts. By not pursuing a standard IPO, Spotify would effectively be turning down millions of dollars, if not more.

This money could come in handy for the company, particularly in order to pay off some its $1 billion debts. It would also give the notoriously loss-making business a bit more breathing room in order to consolidate and further grow its business.

However, while recent tech IPOs like Snap's have seen huge valuations, they do not always work out - Twitter's stock price has halved since its market debut, for instance.

However, there are some upsides to a direct listing. Chief among these is a greater chance of stock price stability, as the company bypasses selling its shares to investors who are principally after a quick profit. Tech stocks have a habit of opening with incredibly high valuations, before quickly reducing in value. Similarly, this method could also be more likely to attract long-term investors who will stay with the company over a greater period.

It also sidesteps the fees charged by underwriters, avoids diluting the company's stock and allows the company to freely discuss its stocks without violating SEC regulations.

Rumours of an IPO have been circling the company for a long time, particularly following the company's $1 billion debt financing agreement last year. Provisos in the deal will penalise Spotify the longer it goes without floating its IPO, including rewarding investors with greater equity for every year the company doesn't go public.

It is currently unclear whether a direct listing, as opposed to an IPO, would satisfy the terms of this agreement.

The news comes in the same week that the company inked a new long-term licensing agreement with Universal Music Group, the biggest record label in the world and one of the three main sources of Spotify's catalogue.