Google pits its AI against another top Go player 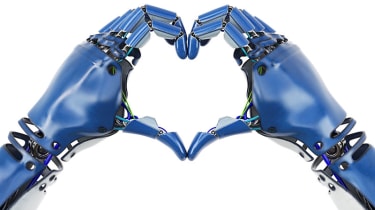 Google has pitted its AI engine against some more of the game's most talented Go players, in an attempt to show its offering is the best of them all.

Almost a year ago, the AlphaGo computer, which was developed by Google-owned DeepMind, won five games of Go against South Korean grandmaster Lee Se-dol. Just before the machine proved itself victorious, AlphaGo was awarded the rank of honorary nine dan by the South Korean Go Association.

"A lot of AI researchers have been working on Go because it's the most challenging board game we have," Calum Chace, author of Surviving AI told the BBC.

"The conventional wisdom was that machines would ultimately triumph but it would take 10 years or so. The win was a big wake-up call for a lot of people, including many outside the AI community."

Now, Google wants to take on the game's highest regarded champions again to prove it's the best computer-powered Go player in the universe. It has invited Ke Jie to play a best of three match in the eastern Chinese city of Wuzhen at the end of April.

It has also invited Lee Se-dol to attend again for a rematch, although the company wouldn't comment whether he'd accepted the invitation.

"We've been hard at work improving AlphaGo to become even more creative, and since playing Lee Se-dol, the program has continued to learn through self-play training," a spokeswoman for DeepMind told the BBC.

"We intend to publish more scientific papers in the future, which will include further details of AlphaGo's progress."