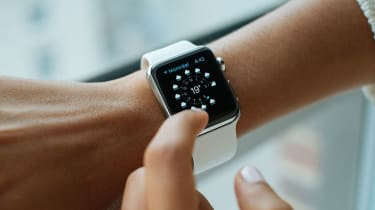 Apple is said to be working secretly on developing glucose sensors to help in the treatment of diabetes.

According to reports by CNBC, the project was initially endorsed by Steve Jobs before his death. The project would involve a wearable device, such a smartwatch, that would track and log health data, such as blood glucose, heart rate and oxygen levels. The tech would use non-invasive sensors to monitor the body to detect diabetes in people, allowing timely treatment.

The firm has brought in a small team of biomedical engineers to work in Palo Alto. Any breakthrough made by the team would be a "holy grail" for life sciences, as the such previous attempts have failed. It's difficult to measure glucose levels without taking actual blood.

Apple is said to have undertaken feasibility trails in the Bay Area and consultants have been brought in to help deal with regulatory matters.

According to the reports, the project has been active for at least five years. In 2010, Apple bought a firm called Cor, after then-CEO Bob Messerschmidt reportedly sent Jobs an email on the topic of sensor technologies for healthcare. Messerschmidt has since worked on the Apple Watchm which does feature a heart rate tracker.

Sources familiar with the matter told CNBC the technology will use optical sensors that will work by "shining a light through the skin to measure indications of glucose".

The project is expected to cost Apple several hundred million dollars if not a billion dollars, but any breakthrough would stimulate new medical research and open up a market to people wanting to track blood sugar levels, making the Apple Watch a "must have" rather than a shiny toy.

Google is also working on wearable technology to monitor blood sugar levels, although its technology has focused on a smart contact lenses that monitors glucose levels in tears.