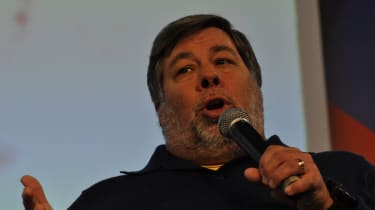 Apple's co-founder, Steve Wozniak, thinks Apple, Google and Facebook will still be the biggest tech companies around in 2075, despite huge changes in the tech landscape expected by then.

Wozniak compared Apple's success to that of IBM in quotes appearing in USA Today, reflecting upon its success over the last quarter as an indicator of its power.

"Apple will be around a long time, like IBM," he said. "Look at Apple's cash. It can invest in anything. It would be ridiculous to not expect them to be around. The same goes for Google and Facebook."

He also referenced one major tech trend he thinks will explode over the next few decades: AI. It's something the tech commentator thinks will be ubiquitous, with people communicating using smart walls. These huge screens will become an everyday way to interact and live our lives, including shop, work and be entertained.

Wearables we're already using will replace the need for doctors, prescribing medication using the data they've gleaned from your body, but there's always the question about whether it will be safe, he told USA Today. "The question will be ethical, on whether we can eliminate the need for physicians."

Just two years ago, Wozniak voiced his concerns about AI, describing it as unsafe for humans, whereas his latest thoughts focused on the more immediate impact of the technology.

Wozniak also touched upon what he thinks will be the biggest themes of the next 60 years, including new cities, built upon harsh landscapes such as deserts, a colony on Mars and aliens. Although on this final theme he accepts there's only a "random chance" they exist, he thinks there's the possibility that people in our lifetime will be able to communicate with extra terrestrials. "It's worth trying," he said in the interview, "but I don't have high hopes."