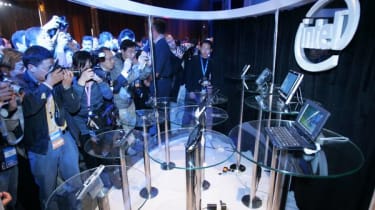 Intel has announced it will be cancelling its annual developer conference after almost 20 years, citing a need to "evolve" from its current format, which it believes no longer meets modern business needs.

In a message on its website, the Silicon Valley chip firm confirmed the 2017 Intel Developer Forum (IDF) was the last, after first launching in 1997. The event traditionally showcased Intel's latest technology innovations to those who develop using the company's products.

"Intel has evolved its event portfolio and decided to retire the IDF program moving forward. Thank you for nearly 20 great years with the Intel Developer Forum!" the message states.

While no specific reasons for the cancellation have been provided, an Intel spokesperson told AnandTech that due to a focus on data over the past few years, the show no longer fits the needs of its own business or that of its customers.

Intel will instead focus on smaller events rather than an all-encompassing tradeshow that is becoming more difficult to justify. What these smaller events will look like remains to be seen, however they could resemble the recent series of AI Days hosted in a number of major cities across the world.

IDF typically appeared twice each year, with shows in China in the spring, followed by San Francisco in September. A proposed 2017 event in China had already been cancelled before the announcement, but a replacement show was being planned for California in August.

Instead, Intel has pointed developers to its recently expanded library of online content, providing access to resources and documentation through a Resource and Design Centre.

Intel's final 2016 conference was used to showcase its developments in the field of VR, IoT, and flagship processors, including the Haswell and Skylake chips.