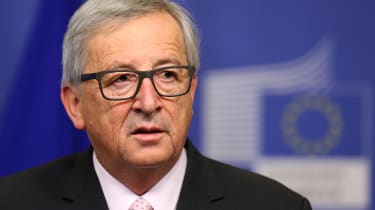 A groundbreaking consultation is being launched to address the fears many Europeans are facing over the future of the internet and the societal impact of emerging technology.

A series of questionnaires released by REIsearch, a non-profit group partly funded by the European Commission, will appear over the next few weeks, assessing the views of Europeans on topics such as net neutrality, AI, security and the impact of technology on health and jobs.

Originally designed to deal with the problems of chronic diseases when it was formed in March 2016, REIsearch will now turn its attention to the use of the internet by future generations, which promises to be the largest public consultation of its kind.

The initiative will also work alongside leading European media bodies to publicise the surveys over the next three weeks, the results of which will be collated in early June. The first survey is available here.

Speaking at the time of its inception, European Commission president Jean-Claude Juncker said: "Science should be open and freed from its traditional ivory tower; to be discussed, submitted to critique and fed with new perspectives. That's why I warmly welcome efforts such as the REIsearch initiative to get Europeans engaged in the debate about science and research and inspire fresh ideas about how to solve some of our society's most pressing problems."

The group is backed by the Atomium European Institute for Science, Media and Democracy, which was launched in 2012 by the European Parliament.

The research is designed to give policy makers a better understanding of the concerns facing citizens, and to help "make better use of all knowledge and experience to make better decisions, based on evidence and experience, for the benefit of society as a whole", according to the REIsearch mission statement.

The surveys follow the recent launch of the "Next Generation Internet Initiative", the European Commission's attempt to drive the development of the internet as a tool for sharing "European values of equality, fairness, inclusiveness, freedom and democracy".

However, relationships between European policy makers and some of the largest companies driving online innovation have been strained over the past year. Acting as an anti-competition watchdog, the EU has investigated Google for abusing its position as a dominant player in the market, and forced Microsoft to amend its takeover deal of LinkedIn over fears it would stifle competition.

Following an EU anti-trust investigation in January, Amazon was forced to renegotiate its terms with publishers to avoid a fine as high as 10% of the company's global revenue.

"The internet's impact on our world is already enormous and will accelerate even more in the coming years with the rise of artificial intelligence, the bridging of the physical and digital worlds and the pervasive use of data," said EU Commission official Jess Villasante, speaking to the Guardian.

MEPs lobbied in February for the use of regulation in the field of AI, including the attribution of rights to robot workers and the imposing of a tax on companies putting human workers out of a role an effort that was rejected by the EU.