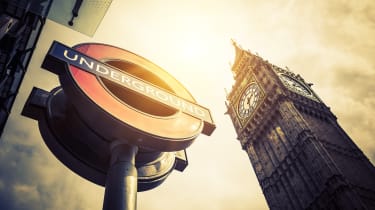 Uber is facing the prospect of a substantial increase to its operating costs in London, if changes proposed on Thursday are passed by the city's transport authority.

As part of an on-going consultation, Transport for London (TfL) is considering plans to restructure the fees that private hire companies are charged for operating within the city, ensuring that operators are paying an amount appropriate to the resources needed to regulate their services.

Under the current system, private hire companies such as Uber and Addison Lee are bundled into two tiers for a five-year license. 'Small' operators, those with no more than two vehicles, currently pay 1,488 for their license fee, while 'large' firms pay 2,826, regardless of the size of their vehicle fleet.

The proposals would scrap this in favour of a five-tier system, accounting for a range of company sizes and licensing lengths. A company such as Uber, which has over 30,000 licensed drivers in London, would be slapped with the top tier fee, paying 167,000 for a license, plus 68 per car.

TfL has said the private hire industry has seen dramatic growth, rising from 65,000 licensed drivers in 2013 to more than 117,000 today. As a result the changes are necessary to account for the "substantial increase in the cost of ensuring private hire operators fulfill their licensing obligations and in tackling illegal activity to keep passengers safe", according to TfL.

The authority estimates that the cost of enforcing regulations alone will reach 30 million over the next five years, up from an original estimate of 4 million.

Helen Chapman, general manager of Taxi & Private Hire, said: "The operator fees system is no longer fit for purpose. It is only fair that licence fees for private hire operators accurately reflect the costs of enforcement and regulating the trade. The changes to fees would also enable us to fund additional compliance officers to help crackdown on illegal and dangerous activity."

IT Pro has reached out to Uber for a statement, but has yet to hear back.

If accepted, this change would mark the latest setback Uber has faced in the UK over the past year. The company has faced multiple legal challenges, losing a case in March to prevent TfL from imposing English reading and writing standards on Uber drivers.

In a separate case, a London tribunal ruled in October that Uber drivers should be considered as employees, earning them the right to minimum wage and holiday pay. Uber has always argued its drivers are self-employeed, and has since stated it would be appealing the decision in September.