Why every business needs a two-speed IT strategy

Bimodal is rewarding, but stubborn execs can make it a hard sell 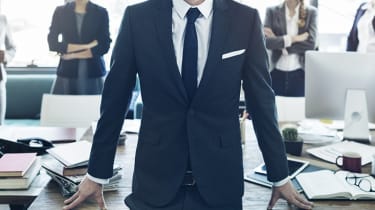 The term 'bimodal IT', first coined by Gartner, describes the notion of dividing business operations into two distinct categories: one that focuses on the development of new platform features and is responsible for reacting to changing customer needs, while the other deals with the back office systems and infrastructure that is needed to keep the business afloat.

At a London panel debate last month, industry experts came together to discuss the reasons organisations should be adopting a bimodal approach within their business, and why they continue to struggle with its application.

According to Simon Crawley-Trice, director of global solutions and services at Rackspace, this type of approach to business development was instrumental in the move to public cloud services.

"When we went to virtualisation, that was fairly straightforward," he said. "You can put people on training to get the expertise. When we launched into public cloud, we had to keep up launching features and maintaining it 100% of the time. Over time, we had to transform to get the right teams in place."

Lots of people are doing it, they just don't know it

A compelling example of the need for bimodal IT can be found within the financial services, according to Bernard Drost, VP & MD EMEA at Cloud Technology Partners. "In financial services, you have all these new up and coming payment platforms... before you know it they have taken 5% of the market share. [Banks] have to pump out features really fast, but keep the main infrastructure going to pay the bills."

"Lots of people are doing this, but they don't know it," said Spencer Hudson, global technical solutions manager at hair products company GHD. "Any comms provider is doing bimodal particularly if they are launching a new website, because operationally they have to continue to sell stuff online, and they have to develop a new site. And that can't be done unless you are working with two teams."

Despite the necessity for companies to adopt this dual approach, their tunnel focus on the end result is costing them valuable insights, according to Hudson. "The opportunity I think people are missing out on is actually looking at the process. The destination of a new website is immaterial - what people aren't doing enough of is enjoying the journey. They are not paying attention to that journey and optimising it enough."

Pushing against the status quo

But convincing the C-suite to move away from tried and tested methods can be difficult. Spencer Hudson describes it as a "push against the status quo", where many executives are either stuck on "auto-pilot", or "running on the rails" that former executives have laid down. The issue is that many 'IT literate' senior executives are so called because they have experience using basic tech such as smartphones, he contends."It's a hard sell for all of us," says Hudson. "We want to change perceptions and sell an idea we think will work. But you would have hoped by now perhaps the management teams we come in contact with would have more experience on how to leverage IT. There's a lack of consideration for the work they're doing."

In his position as technical solutions manager, Hudson uses a variety of ways to argue the case for bimodal approaches: "I might take the CFO aside and start talking to them about strategy. I might also [do] bimodal myself and have a small project that I just run, without waiting for permission."

"There's no budget or criteria. You have to just make something happen. Start incredibly small it might be a Word template, or restructuring your meeting. You have to step out of the status quo and try something. We might put a new customer service situation in place we start off with small projects to test, see if it works and get people engaged and used to the idea."

Hudson said internal projects at GHD are run with multiple attempts to improve the technology, using different teams dedicated to providing new features. By using small projects run on multiple teams, this provides a "thin slice of what is going on", allowing organisations to "dissect and optimise" processes in a way that is impossible otherwise.

"It's the difference between being on the bleeding edge and being a successful follower," said Pogonoski. "You don't have to invent new things all the time, but you do have to react to your market, and have the capacity in your business. The only way to get that capacity is to experiment."