Developers and software engineers are in demand 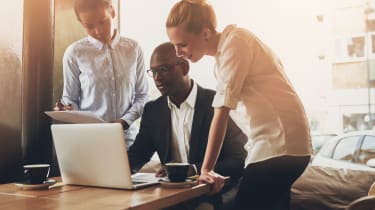 The number of job vacancies for IT professionals rose by 12% in the first quarter of 2017 compared to the same time last year, according to a new survey.

The latest Robert Walters UK Jobs Index showed that developers and software engineers were particularly sought after, accounting for 14% of total demand, while vacancies for IT managers made up 4% of the total number of roles.

The UK IT sector has enjoyed strong steady growth over the past several years, according to Ahsan Iqbal, associate director at Robert Walters. He added it has been was largely resistant to the slowdown in hiring seen by other sectors during political and economic uncertainty last year as the UK narrowly voted for Brexit.

"However, the start of 2017 has nevertheless seen a significant increase in IT hiring, with developers particularly sought after. Demand from start-up firms in fin tech has played a significant role in this, in addition to large established companies investing heavily in cyber security," he said.

Iqbal added that with several high-profile data breaches over the past few years involving prominent companies, "employers are increasingly recognising the importance of a robust cyber security function and are prepared to invest in securing top talent in this field".

The firm also noted that as well as a growing need for IT professionals with strong technical skills, employers are also increasingly recognising the importance of IT staff who can play a critical role in ensuring IT policy is integrated with other departments across the business.

"IT professionals with strong technical proficiency are highly sought after by firms across a range of industries, but IT managers with effective communication and stakeholder management skills are in particularly high demand," said Iqbal. He added that the ability for IT teams to liaise with other areas of the business to develop effective strategies is becoming increasingly vital.

"As a result, IT managers who can demonstrate the ability to collaborate with other teams and develop strong internal working relationships are highly sought after, with employers prepared to offer generous salaries to secure top talent," said Iqbal.