Wikitribune will use a combination of paid journalists and community volunteers 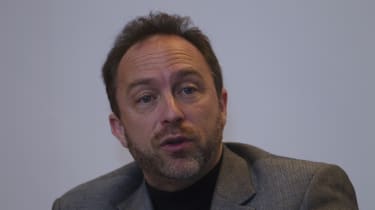 Wikitribune, which is not affiliated with the Wikimedia Foundation, will cover politics, current affairs and science and technology news using a combination of paid, professional journalists and support from Wikipedia's army of community volunteers.

Wales was spurred to launch the project by US politics - particularly by the uneasy relationship with reality that seems to be common among President Trump's administration.

"Someone I know convinced me to give Trump 100 days before making my mind up," Wales told The Guardian, "but then on day one Kellyanne Conway came out and said her 'alternative facts' line. That was when I really decided to move forward."

Rather than financing itself through advertising revenue, as most news outlets do, Wikitribune will use crowdfunding to pay its staff, relying on community donations in much the same way as Wikipedia does.

Access to the site will be free, but backers will get a say in which topics it covers. Wales claimed that this model will ensure the paper will not be left "chasing clicks" by publishing sensationalist stories.

Historically, Wikipedia's community-led approach to editing and fact-checking has given it a reputation as a somewhat unreliable source, with many people believing that because anyone can edit the site, its content is not to be trusted.

However, Wales believes that it is precisely this community-driven model that will help Wikitribune remain factual and transparent. "If you take a look at Wikipedia, it's noisy and not a perfect place," he said, "but for true fake news, there's been almost no impact on the Wikipedia community."

"The volunteers are experienced enough to know it's nonsense, and have an ethos saying: 'No, we're here for neutral facts': that community knows it from the ground up."

Along with accuracy, transparency and accountability will be high on Wikitribune's list of concerns. Reporters will share full records and transcripts of interviews, and must link to the source of any published facts.

"In this messy age, we need new tools to distinguish truth from falsehood across the digital sprawl," Wales wrote in a Guardian column in February. "Many social and digital platforms are trying to address the problem by creating algorithms that can identify fake sources, but what's missing from this solution is the human element."

"What's needed is human solutions that rely not just on third-party fact-checking bots but on the power of collaboration. We need people from across the political spectrum to help identify bogus websites and point out fake news. New systems must be developed to empower individuals and communities - whether as volunteers, paid staff or both."