Apple vows to invest $1 billion in US manufacturing

The company will make its first investment announcement later in May 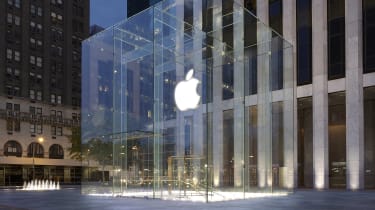 Apple is about to invest $1 billion in the US manufacturing business, CEO Tim Cook has revealed, helping to boost the American economy and bolster Donald Trump's mission to make the country a manufacturing powerhouse.

He told CNBC's Mad Money programme that it has already started investing in manufacturing companies, with an announcement about who it has invested in later in May.

He explained that manufacturing jobs are in demand in the US, so the technology giant is making it its mission to help home-grown talent come into the fore. It also means the company can focus on offering more US citizens jobs in its ranks, Cook said.

Cook went on to explain that it had already started opening up more positions for US-based talent, with two million new jobs on the horizon. However, he nudged off comments that it's a company's job to create jobs, adding that it should be part of the company's values, which runs much deeper than simply a duty.

"So how do you give back? We give back through our work in the environment, in running the company on renewable energy. We give back in job creation."