IT/LOB conflict spills over into IoT

Techies and the business only seem to agree on IoT's potential 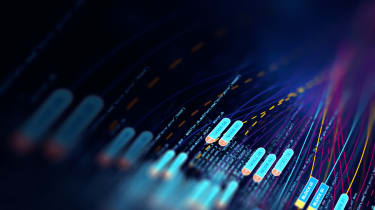 What is the Internet of Things (IoT)? Well, it depends on who you ask.

It can mean slapping a sensor on an everyday object or automating building services, according to a survey of 1,400 business and IT leaders from 11 countries carried out by networking firm, Aruba, to coincide with its annual EMEA Atmosphere conference.

This difference in perception could be driven, at least in part, by the fact the two groups apparently have completely different ideas of what the IoT is. Two-thirds of the IT leaders surveyed described IoT as 'adding internet connectivity to everyday objects', while the largest single definition given by business leaders was 'automation of building services' (48%).

Meanwhile, while 58% of business leaders said they have adopted IoT in their business, just 47% of IT decision makers felt likewise.

"It's clear that there are conflicting views within departments, but with IoT adoption moving at an unprecedented rate and the business reporting clear business value from IoT, it is essential that there is an open dialogue around this topic to ensure cohesion on adoption," said Morten Illum, VP of EMEA at Aruba. "Conflicting priorities could mean disruption in its success within the organisation."

Despite this misalignment, both groups share an overall enthusiasm for IoT. Only 13% of IT decision makers said they have no plans to deploy the technology, while 93% of business leaders said they will be adopting it, or have already.

In the UK, however, progress is slow compared to the rest of the EMEA region. While Spain, France, Italy, Germany and Saudi Arabia all report IoT adoption rates in excess of 50% of respondents (and nearly 70% in the case of Spain), the UK, along with Sweden, has an adoption rate of just 37%, with only Norway coming in lower (34%).

Those UK businesses that have deployed IoT, however, seem happy with their choice, with 80% of respondents reporting "improved levels of innovation".