Google I/O 2017: All the announcements 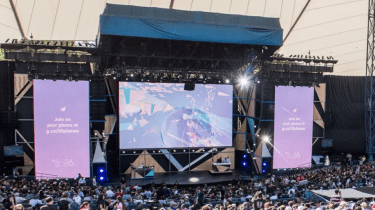 As expected, the company devoted a small amount of stage time to the latest version of Android. The new additions are split into two main categories: 'fluid experiences', which cover changes to the user interface and experience; and 'vitals', which applies to back-end tweaks to optimise how the phone runs. Sadly, there's no word on what sweet treat the new OS will be named after.

The announcements regarding Android's behind-the-scenes operations were more substantial; runtime optimisation means that boot time on Android O is twice as fast, and "sensible limits" on the amount of memory and power apps can use in the background should translate to better performance and battery life.

Google is tackling security concerns head-on with Android O, too. A new software package called Google Play Protect will scan both existing and freshly-downloaded apps for security issues, and will either block or remove them. This software also packages up existing Android security measures, like the ability to remotely locate, lock and wipe a lost device. 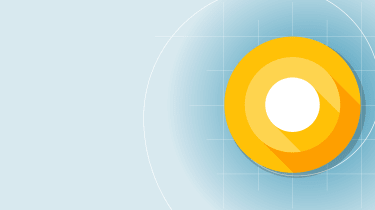 Google I/O is a developer conference, and the company has not forgotten the legions of developers on the Android platform, either. New developer tools were announced that should give Android devs much more visibility into the performance and stability of their apps, including new profiling tools and even an entirely new programming language to work in.

Along with AI, virtual reality is one of Google's main focus areas of late, and the company made a series of impressive reveals about its plans for the coming year. Firstly, the company confirmed that it will indeed be releasing standalone VR headsets. Unlike previous products, these units will not need a phone or a PC to power them, all the components will be housed in the headset.

The company will be collaborating with partners and OEMs to bring the headsets to market, with the first models coming later this year. New partners were announced for Google's Daydream mobile VR platform too, with the Samsung Galaxy S8 and S8+ receiving Daydream support along with LG's next flagship phone.

The company also made some new announcements about its long-dormant Project Tango augmented reality efforts. Google showed off a new 'VPS' system, which uses technology from Google Maps and Google Lens to provide indoor navigation and location info.

One of the most interesting and unexpected pieces of news was the announcement that Google will be launching a specially-optimised 'lite' version of Android, designed for low-powered entry-level devices in the developing world.

'Android Go', as the new variant is dubbed, is built to run smoothly on devices with between 512MB and 1GB of RAM. It also emphasises data management, featuring the ability to top up your data allowance from within the phone and with Chrome's data saver mode turned on by default. Every forthcoming Android release will get a 'Go' variant, the company said.

Google Photos received some attention too, with new sharing features, Google Lens integration and a new feature which lets users order physical photobooks compiled from their Google Photos library - although this will likely only be open to US users. The only major addition to the YouTube platform is the ability to watch 360-degree videos on smart TVs via the YouTube app, using your TV remote to navigate.

Lastly, the most intriguing announcement was 'Google for Jobs', an end-to-end recruitment platform allowing users to search and apply for jobs across all wage and experience levels, with filtering options including posting date, commute time and job title. The company has worked with recruitment services like LinkedIn, Monster and more to create the system. While it's only coming to the US for now, Google says it will be bringing the service to other countries in the future.

It's clear that Google is going after the emerging AI and machine learning market with all guns blazing. Virtually all of the announcements from Google I/O 2017 were based around the company's research in this area, and this trend shows no signs of stopping. The question remains whether it's enough to support the company's mammoth weight.