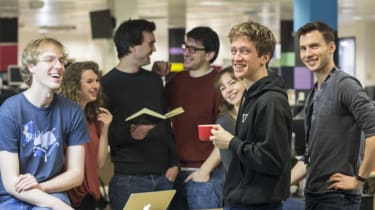 British technology company Improbable raised $502 million in a round of Series B funding led by Japanese firm Softbank.

Improbable uses cloud-based computing to create virtual worlds for use in games and simulations of the real world. The funds from the investment will go to developing Improbable's technology.

Improbable announced its distributed operating system SpatialOS back in 2015, which is capable of powering big data solutions and huge gaming worlds. Earlier that year, the company attracted attention as US venture capital firm Andreesen Horowitz invested $20 million in funding.  It also partnered with Google last year to put the system on the tech giant's cloud to help developers get faster feedback on games.

Improbable will also initiate a recruitment drive in its offices in San Francisco and London. This is good news for the UK technology industry, after it emerged yesterday foreign tech workers are worried about the uncertainty created by Brexit.

Work with us! Check out the current opportunities across our teams in #London and #sanfrancisco - https://t.co/7dAN8oWkIl #tech #jobs pic.twitter.com/CtKmhT97jG

CEO of Improbable, Herman Narula, said: "This investment reflects the potential size and importance of the market for this next generation of games and, ultimately, how massive-scale virtual worlds could become fundamental to how society works".

He added: "We believe that the next major phase in computing will be the emergence of large-scale virtual worlds which enrich human experience and change how we understand the real world. At Improbable, we have spent the last few years building the foundational infrastructure for this vision".

The Managing Director of Softbank Deep Nishar said: "Improbable is building breakthrough technologies that are becoming vital and valuable platforms for the global gaming industry. Beyond gaming, this new form of simulation on a massive scale has the potential to help us make better decisions about the world we live in. Improbable's technology will help us explore disease, improve cities, understand economies and solve complex problems on a previously unimaginable scale."

In March it emerged that the UK tech sector boasted a 7 billion investment and that digital salaries in the UK are nearly 50% higher than the national average.