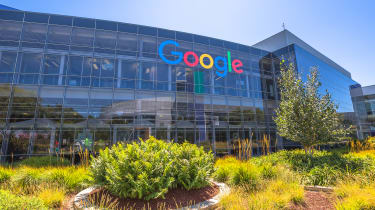 Google has made changes to its advertising network AdSense that aim to add greater transparency to the way it handles ad removal and policy violations.

The move follows the British government pulling its own ads after they were shown alongside extremist content, as well as wider complaints about whether Google makes money from material uploaded by hate preachers, rape apologists, white nationalists and other extremists.

A new platform known as 'Policy Centre', scheduled for release over the next few weeks, will help developers with fixing violations more quickly, and provide detailed information on network rules.

Scott Spencer, Google's director of sustainable ads, said in a blog post: "We're announcing a new Policy Center as a one-stop shop for everything a publisher needs to know about policy actions that affect their sites and pages."

"In just a few weeks, all AdSense publishers will have more transparency about why policy actions were taken and the violations found, including page-level action data, so they can quickly resolve these issues across all their sites and pages using step-by-step instructions."

"The Policy Center also makes it easy for publishers to tell us when policy issues have been resolved and their pages are ready for review," added Spencer. While this is mainly intended for publishers who use AdSense, content creators on Google-owned YouTube, which have seen revenue drop sharply due to recent advert policy changes, should also benefit from the added insight.

Google said it has also added new functionality to its AdSense tech, which is now able to remove ads from individual webpages, rather than the entire website, following a policy violation.

"As we roll out page-level policy action as the new default for content violations, we'll be able to stop showing ads on select pages, while leaving ads up on the rest of a site's good content," said Spencer. "We'll still use site-level actions but only as needed."

Not only will this mean less disruption to websites managing their advertising, but should allow Google to retain revenue otherwise lost in a blanket ad removal. As advertisers have become more discerning, it has forced the likes of Google, Microsoft and Amazon to develop their own policing methods to clamp down on content and adverts that are unsavoury or explicit.