Tories to charge businesses £2,000 a year for non-EU migrants 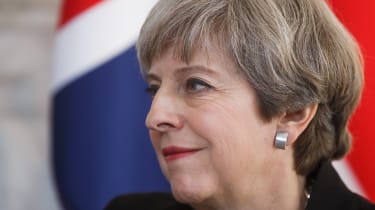 Prime minister Theresa May has announced a revised policy that will charge companies 2,000 a year for each skilled non-EU migrant they employ.

The Immigration Skills Charge introduced last month currently charges companies 1,000 a year, the funds from which go towards the training of British nationals.

The Conservative manifesto, which launched on Thursday, doubles this charge in what is seen as an attempt to cut down immigration from outside of the EU. The Conservatives maintain a pledge made by former prime minster David Cameron to reduce net migration below 100,000, however as of September 2016 that figure was 273,000.

"She knows better than almost anyone that net migration - the number of people arriving, minus the number leaving - is not in the gift of government, subject as it is to the vagaries of the world economy," wrote Osborne.

However business leaders in the technology sector, many of which rely on highly skilled migrants from outside the EU, have urged May to abandon the pledge.

Anthony Walker, deputy CEO of techUK, has described the news as a "tax on talent" for companies trying to scale up their operations, and that now is not the time to "pull up the drawbridge further".

"The vast majority of demand for Tier 2 skilled worker visas comes from the UK's most digitally-intensive sectors," said Walker. "The UK's start-ups and SMEs are crying out for more talent, and are already facing uncertainty on securing talent from the EU."

"These are roles already recognised as a national shortage by the government's own independent Migration Advisory Committee," added Walker. "Unfortunately today's announcement will be seen as an additional barrier to high-skilled recruitment, and sends a worrying signal at a time of uncertainty."