Apple and Nokia have buried the hatchet after suing each other in a patent dispute.

The iPhone maker has agreed a multi-year patent license with Nokia, resolving two lawsuits - one brought by Nokia last December accusing its rival of infringing on its patents, and another brought by Apple the same month against parties chasing remuneration for Nokia patent use.

Apple will pay Nokia an undisclosed amount in cash, with the promise of future revenues for Nokia presumably derived from Apple's use of its patents. Nokia expects to recognise the revenue in the second quarter of 2017.

"This is a meaningful agreement between Nokia and Apple," said Maria Varsellona, chief legal officer at Nokia, responsible for Nokia's patent licensing business. "It moves our relationship with Apple from being adversaries in court to business partners working for the benefit of our customers."

The lawsuit brought by Apple against patent assertion entitites (PAEs) acting on Nokia's behalf to sue Apple for use of Nokia patents Apple said it had used on fair and reasonable terms (also called FRAND).

It had accused these PAEs of "conspiring with Nokia in a scheme to diffuse and abuse such patents and, as the PAEs and Nokia fully intended, monetize those false promises by extracting exorbitant non-FRAND royalties in ways Nokia could not."

Now, however, the erstwhile foes are friends for perhaps the first time, with Nokia providing Appple with some network infrastructure services under a business collaboration agreement. In return Apple will once again offer Nokia's digital health products in its retail and online stores after it pulled them during the legal dispute.

Top execs from the firms will keep the relationship on track, they claim, as the companies explore further collaboration on digital health.

"We are pleased with this resolution of our dispute and we look forward to expanding our business relationship with Nokia," said Jeff Williams, Apple's chief operating officer.

Under a business collaboration agreement, Nokia will be providing certain network infrastructure product and services to Apple. Apple will resume carrying Nokia digital health products (formerly under the Withings brand) in Apple retail and online stores, and Apple and Nokia are exploring future collaboration in digital health initiatives. Regular summits between top Nokia and Apple executives will ensure that the relationship works effectively and to the benefit of both parties and their customers. 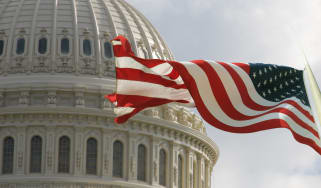