IT Pro Panel: Can AI help CIOs do their jobs better?

AI doesn’t want to rule the world, it just wants to help you improve payroll 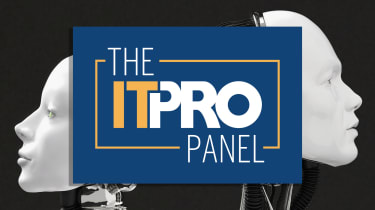 For better or worse, artificial intelligence is the buzzword of 2017.

Look in any direction and you'll find tech billionaires warning of its potential to enslave humanity, the inventor of the world wide web calling for universal basic income to compensate the newly unemployed as AI takes their jobs, and more tech billionaires urging us to merge with machines so we can keep those jobs.

All of this might one day prove true, but it doesn't help you build a chatbot for out-of-hours customer enquiries by Q4.

Look behind the headlines, though, and AI is actually useful or nearly useful in a variety of areas that could help your business run better, taking care of monotonous tasks to free staff to work more imaginatively.

While perhaps our future robot overlords might look back on these early AI innovations as we do on cyanobacteria, at least they can prove useful to us in the meantime.

Is AI the preserve of the tech giants?

"At present we're too small to do something about AI," admits Michael Enk, group CIO of Swedish publisher Aller Media. "We're reviewing different perspectives we looked a bit at IBM Watson, we looked a bit at Amelia from IPsoft and other tools as well but they're still in a price range where it's difficult to actually find the business value on it."

Most AI innovation is coming from companies with the funds to engage in a lot of R&D, such as Amazon Web Services, Microsoft, Google and Facebook, whose systems benefit from their huge cloud infrastructures and billions of pounds of investment.

Liam Quinn, IT director at events management firm Richmond Events, wants an AI system capable of matching conference attendees better with fellow delegates and vendors running stalls. But outside of the big companies, he has been hard pressed to find firms capable of doing it.

"People are talking about it but they aren't there yet," he says. "I anticipate it may take six to eight months to find someone who can help us. Understanding what they actually do versus what they say they are doing is key.

"We will run 48 events this year, so this needs to work at every market and every questionnaire."

But that's not to say it's impossible he believes that while the big companies may dominate AI, there's room for plenty of smaller vendors to sit their applications on top of the larger ones.

"Maybe where you need to be is the broker in the middle to allow the end user to make use of the performance and infrastructure behind it," he explains.

Where is AI practical today?

Quinn does see some uses for AI that could be useful now, especially with the research the big companies have put into speech recognition and natural language capabilities.

"The whole use of chatbots for doing business support for end users, asking 'how do I do this or that at your events', I can certainly see that becoming more and more prolific in our environment," he says.

Gary O'Connor, CTO at parcel delivery firm Doddle, identifies customer service as another area in which AI could currently make a difference.

"[You could] do some pieces around 'where is my parcel', simplify the flow, maybe there's some options there," he explains. "Not necessarily the whole order process, but aspects of the order sitting inside some of those common messaging channels is something that will come."

He adds: "We see AI at the moment as a way of providing the right additional information such that we can maximise the benefit of a person's time on the end of it. When a query lands with someone in a customer call centre, they've got as much information in their hands to resolve that query as quickly as possible."

"Finance is a good example of where we're looking at using robotics for accounts payable," he says. "They're very standardised and easy to see and it could increase the quality of output and help us put our workforce to better use than today where they have to do these tasks manually."

The next 10 years and beyond

While Enk doesn't see AI as immediately useful for his company, he believes it will be by 2020.

"We'll have bots, we'll have AIs, we'll be an organisation that enables business through taking all sorts of standardised applications and putting them together and making a solution," he says.

"The old legacy building [of applications] is going away very rapidly, but AI and bots will be present in 2020."

By 2025, he sees AI and humans working side by side. "I'm not certain we'll see a difference or understand what the difference is [between them and people]. With the pace [of change] we're seeing on speech recognition and voice, it will be very difficult to distinguish between human and machine talking, for instance."

This raises the spectre of AI taking human jobs, with Gartner pointing out that not just blue collar, but fairly highly skilled jobs are at risk of automation, saying it's CIOs' job to make everybody work peacefully together.

But while the future's uncertain, O'Connor is optimistic. "[It will] take a bit of drudgery out of people's lives and allow us to focus on slightly more interesting things," he says. "In a similar way to [what happened in] manufacturing, is it globalisation that takes jobs, or automation or a bit of both? That picture is complicated but I hope we end up in a world where technology gives us all a bit more time to do more interesting things."

Richmond Events' Quinn is pragmatic, saying: "In the end what will happen is what always happens: the jobs we have today aren't the jobs we will have in the future, but we will have different jobs."

AI working alongside humans could even help IT, he contends, saying it could take care of backend code, allowing coders to focus on frontend development.

"That would make IT much more responsive to these changing needs," he says. "You can focus on the interesting part of the job then when you have worked out what you want to do, then you programme the bot to do the stuff you can't be bothered to do."