View from the airport: Citrix Synergy 2017 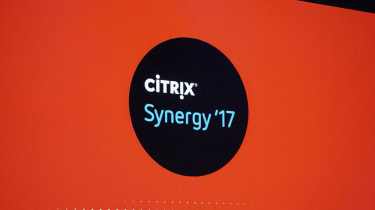 As expected, the company laid it on thick this year with the security message, which was embodied in announcements about the "software-defined perimeter" (a concept rather than an actual product) and Citrix Workspace Service.

CEO Kirill Tatarinov was adamant in both his keyote and a subsequent press conference that the company's positioning as a security firm was both natural and obvious. Indeed, his mantra for the week was "it's not an accident".

Speaking to me in an exclusive interview (which will be published here in the coming days), he said the move was prompted by feedback from the company's customers.

"Shortly after joining in January of 2016, I spent a lot of time with customers ... who said: 'Hey, security's our number one priority. We think of you as somebody who really helps us address it, and you never talk about it. Not only are you hurting yourself, you're hurting your ability to serve us better, because our budgets are shifting towards security and while we think that you're a security vendor, you don't help us convince our buying centres that you are," he told me.

I can very much see this being the case, particularly given that security was also a big topic at Synergy 2016. But there was a glimmer of it before Tatarinov joined the company as well, which maybe laid the groundwork for this aggressive new messaging.

Do I think it will fly with customers? Maybe the problem at the moment is that every company wants to be known as a security company. HPE is in on the act too, as is Dell Technologies, even when you take RSA out of the equation. It's obvious why this trend is happening: security is the number one priority for businesses everywhere, and is likely to remain so for some time, owing to the huge number of data breaches making regular headlines. But everyone claiming to be in the security space is going to wear thin sooner or later.

Moving away from security, IoT wasn't as big a priority as I had expected it to be, which I found somewhat surprising, although the growing relationship between Citrix and Microsoft was allocated a fairly hefty portion of time (complete with a video from Microsoft CEO Satya Nadella), which I hadn't foreseen but is obvious in hindsight. Indeed, Tatarinov made a point of spelling out to the audience repeatedly how the company has delivered on promises made at last year's show in Las Vegas.

Overall, though, the conference seems to have been a success customers who I spoke to around the show were excited by the new products on offer, even if there were only a few launched at the event, as well as the ideas presented at the various sessions outside the main keynotes.

The proof in the pudding for Tatarinov's new strategy won't come until a year or so down the line, in my opinion. But be sure that I will be watching carefully to see how all this evolves.