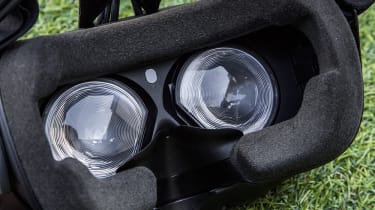 IDC expects big things from virtual reality in 2017, predicting it'll hit triple digit growth this year thanks to the introduction of new products and services in the sector.

The company'sWorldwide Quarterly Augmented and Virtual Reality Headset Trackerrevealed 2.3 million AR and VR headsets shipped in the first quarter of the year, with VR headsets accounting for 98% of sales. Because there are so many new products on the horizon, growth will accelerate rapidly as consumers have more choice and begin to realise the potential of virtual reality headsets.

However, the company explained the sector won't come without challenges. The industry needs to educate consumers and ensure they have the support needed to discover new uses for VR outside of just gaming.

"The VR market is still very young and consumers seem to be taking a cautious approach," saidJitesh Ubrani, senior research analyst for IDC'sMobile Device Trackers. "With plenty of headset options already in the market and even more coming soon, hardware isn't the issue. The bigger challenge is the slow growth in content that appeals to a mass audience, combined with the confusion associated with a lack of cross-platform support."

The top performers in the VR headset space in the first quarter of the year were Samsung with its Gear VR in partnership with Oculus, Sony, with its Playstation VR headset that only started shipping late last year, HTC's Vive for those with lots of money to spend on the best of the best and Facebook's Oculus Rift.

Although augmented reality headsets saw a shipment growth of over 77% year-on-year, the AR headset market is still dwarfed by VR, and IDC reckons this is because it's a relatively new technology. Consumers are more likely to use AR on their mobile device than use a headset to access such services, the analyst house said.

"It's very early days in terms of augmented reality headsets, with the vast majority of products shipping into the market focused on getting hardware into the hands of developers,"Tom Mainelli, vice president of devices andAR/VRat IDC added. "Meanwhile, we expect most consumers to experience their first taste of augmented reality through the cameras and screens of their existing mobile devices such as smartphones and tablets.