View from the airport: HPE Discover 2017

Finally HPE emerges with an identity it can call its own 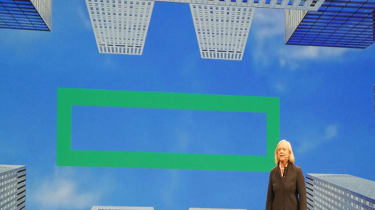 HPE Discover is a whirlwind of a conference. Unlike many other corporate get togethers like this, which can be strung out over a week, the real meat of Discover, in terms of announcements, keynotes and so on, happens on just one day one afternoon, really.

Yet somehow, the intensity of the event passed me by in the past couple of years quite possibly due to the fact that there was just one clear message in 2015 and 2016: we've split HP into two, but don't worry it's going to be fine.

2017, though, has been different. There have been product announcements not loads, but those that were announced, notably Gen10 and the Aruba 8400 Core Switch, were significant.

There was also a lot to learn about how technologies from recent acquisitions like SGI, Niara and Nimble Storage will be integrated into the HPE portfolio, with the former contributing to the company's HPC efforts, Niara's tech being added to Aruba and Nimble being used to boost its server range.

There has, of course, been a significant amount of strategy discussion too it's no small feat breaking off various business segments, incorporating almost half a dozen acquisitions and re-launching a professional services business more or less simultaneously. What came through loud and clear, from both the main Discover conference and the preceding partner summit, is that in the new HPE there's no room for heterogeneity. While Aruba will continue to do its own thing, all the other acquisitions will quickly be incorporated into the main company. By the end of the year, their integration will be completed, as will the spinoffs.

There has been a shift in tone, too. CEO Meg Whitman's keynotes sounded less embattled and more confident in HPE's own identity and strategy: the separation from HP Inc was mentioned only briefly to congratulate the hardware firm on its own success and Dell EMC wasn't mentioned at all in the main conference (although the same can't be said of the partner conference).

Overall it was a positive, forward-looking affair from a company that seems to have finally found its own identity and future vision. Here's to more of the same in the future.