Stop the innovation bus, I want to get off

The ceaseless drive for the “next big thing” is driving us all potty. It’s time for a break 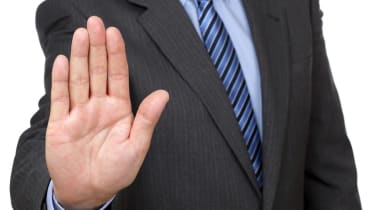 Anyone fancy a breather? Take five? I'm thinking five years. Seriously. Five years of doing absolutely nothing groundbreaking on the tech front. Mothball the R&D labs, sign an amnesty on launching new products, give ourselves a chance to catch up with what we have.

The thought occurred to me after a recent PC Pro podcast in which we were discussing the legacy of Steve Jobs and how things hadn't changed dramatically at Apple since his death five years ago. No TV, no self-driving car, no VR nonsense: Apple is still largely reliant on the same iPhone, iPad, Mac lineup as it was when Jobs passed.

Indeed, we've grown so used to rabid innovation that a period of (astoundingly profitable) product refinement makes it look like Tim Cook's fallen asleep at the wheel even though products such as the smartphone, tablet and even the laptop are still barely out of puberty.

When my parents were born just after the war, the dominant methods of media consumption were radio, newspapers and, by the time they were teenagers, television. Books were books, and music came via the wireless or on vinyl platters. I showed up some 30 years later, and barely anything had changed. Tape had begun nibbling away at vinyl and video recorders were in their infancy, but it was largely as you were.

The media world my children are now growing up in, on the other hand, is almost unrecognisable. Today, for instance, I walked into my office first thing this morning and received a news update simply by asking the Amazon Echo to give me my "flash briefing" a quick audio summary of the latest news headlines. I set to work on my laptop, read and answered a dozen emails, browsed the web for while, took calls on my smartphone, recorded the PC Pro podcast with colleagues via Skype, streamed Spotify as I walked the dog, and settled down in the evening to watch Netflix, while keeping an eye on the football scores using my tablet.

None of this was possible a generation ago. It was barely imaginable. I watched a lot of Tomorrow's World when I was growing up in the 1980s, and I'm pretty sure Judith Hann never said that one day we'd get our news headlines by speaking to a virtual assistant inside a cylindrical black speaker, which transcribes speech near-instantaneously using a huge server farm located on the other side of the planet. It was all jetpacks and robots that play snooker.

The level of disruption that this tidal wave of technology has caused is immense. Whole industries have been knocked sideways high-street retail, print media, the music industry and broadcast television will be next. The social impact of our new digital lifestyles has been equally traumatic. Kids walk home from school glued to their smartphones; revolutions start over social media; jobs are being outsourced by the tens of thousands; and perhaps most alarmingly of all, Rick Astley has never been more popular.

We don't have time to get used to all this new stuff before something comes along to topple it. Books and newspapers have been around for centuries, radio since the early 20th century, television for decades. When I was growing up, we had the same TV set for 15 years. The idea of any piece of technology lasting that long these days seems ludicrous. In fact, whole genres of devices are lucky to last even a fraction of that time. eBook reader sales are already on the slide, as are tablets. MP3 players have come and gone, email is dead to anyone under 25, and who knows if the open web will make it through another 25 years, or be replaced by something else?

My opening plea for a worldwide veto on new product launches is, obviously, about as likely as George Michael opening an MOT centre in Mosul. But would a period of calm, measured refinement of existing products be that bad? Instead of the "next big thing", I'd settle for a smartphone battery that lasted a week, a version of Windows that could update without crippling my computer, a spreadsheet that let me say "divide the sum of this column by this cell" without having to learn arcane formulae.

Me and what's left of my industry are as guilty as anyone of prodding Tim Cook to do something special, something Jobs-like, something that will get us a gazillion clicks and sell a few thousand more magazines. But maybe Apple knew what it was doing when it put Mr Dependable in charge.

We're wandering around dazed after the past 20 years of ceaseless innovation and none of us knows what we're doing with this stuff yet. HarperCollins can trace its lineage back to George III, while most app publishers are barely older than Prince George. Let's take stock, work with what we have. Sometimes a rest is as good as a change.