Shimon learns from great musicians to compose his own masterpieces 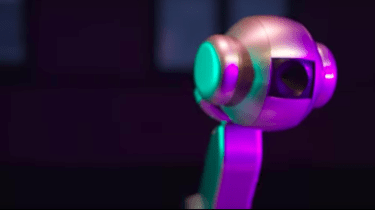 Researchers have trained Shimon, a robot with AI and deep learning capabilities, to create its own original musical scores.

The marimba-playing robot has four arms and eight sticks, which it uses to perform its music. Like all great musicians, Shimon learned from the great composers of the past. Georgia tech researchers fed the robot around 5,000 songs by classical masterminds like Beethoven, and pop icons like the Beatles and Lady Gaga. The robot was also given over two million motifs, riffs, and licks of music.

First, researchers gave the robot four measures of music to get it started, which is the only human involvement in the composing process. The first two compositions recorded were about half a minute long each.

But Shimon wasn't always a solo act. Ph.D. student Mason Bretan has worked with Shimon for seven years, programming it to listen to and analyse music played by humans and improvise over precomposed chord progressions.

Now that Shimon is a composer in its own right, it generates the melody and harmonic structure independently.

Unlike its earlier days of improvising, when it played monophonically (only one note at a time), Shimon is now able to play harmonies and chords. It's learned to operate much more like a human musician, focusing less on the next note and more on the overall structure of the musical piece.

The robot's musical style sounds like a mix between classical and jazz. Hear it for yourself here.