The IT Press Tour: ProphetStor and Primary Data 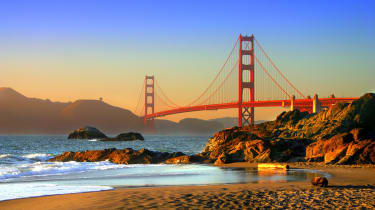 IT Pro is taking part in this year's IT Press Tour, which brings European journalists to California to meet with local tech companies and startups. On the fourth day of the IT Press Tour, we met ProphetStor and Primary Data.

In Milpitas, CEO and co-founder Eric Chen and CTO Walter Curti talked to us about their company, which focuses on storage, analytics and providing data services.

"We have introduced AI for data storage," Chen said, adding that the company's aim is to "remove uncertainty from the future"  which is why "prophet" is in its name. Chen stated: "We want to be the Google Maps for storage and data services."

Curti underlined how storage is the "most important fabric you have to address" which is why their first patent in April 2015 was about managing existing storage. The company raised $25 million in its last round of funding, with Chen saying the company has made a lot of progress.

Chen also cofounded FalconStor, leaving in 2012. At FalconStor, he met Curti, and when they left they brought along a swathe of employees, too, meaning that some of them have known each other for 17 years.

We then went on to meet Primary Data in their headquarters in Los Altos. We met CEO Lance Smith, CTO and co-founder David Flynn, Doug Fallstrom VP of products and Chief Scientist Steve Wozniak  who you may have heard of as one of the co-founders of Apple.

Primary Data automates the flow of data to make sure it's in the right place - be that enterprise infrastructure and the cloud - at the right time, depending on how it's used, via its main product Datasphere.

Flynn said: "People want to talk about data but not the storage, but fundamentally you need to decouple the two."

He said Datasphere "allows you to take all that information and incorporate it into a single plane". DataSphere has customers in industries such as the media and entertainment, oil and gas, service providers and electronic design and automation.

The company has about 80-90 employees, including Steve Wozniak. "I realised right away I wanted to join this company," he said.

"People have talked about storage tiering for many decades, and we haven't really been able to solve it until now," Wozniak said. "We spent nearly a year perfecting this technology."