Google 'to separate shopping service' to comply with EU demands 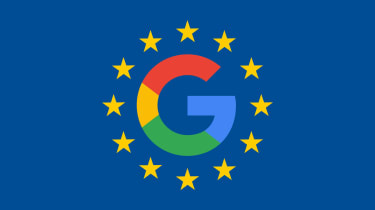 Google is reportedly set to create a separate shopping service that will bid against rivals for ad placements at the top of its search page, in an effort to satisfy EU regulators.

The tech giant is aiming to comply with European Commission demands to reform the way it promotes its own products on its service, according to Bloomberg, after the Commission ruled that Google promoted its own shopping search results over those of competitors.

Google Shopping will be part of Google but will have its own revenue to make bids for ads and operate separately, sources speaking to Bloomberg said. Google will also make changes to the advertising panel at the top of its search screen, which shows pictures of products. The 10 spots usually shown will be auctioned off, giving rival sites a chance to buy advertising space.

While Google's service will be able to bid for the slots, those bids won't be subsidised by Google, Bloomberg said, though the changes will only apply to Google's Europe business.

Google has until tomorrow to comply with the Commission's ruling that it must end its anti-competitive shopping search results practices, or face an extra penalty of 5% of its parent company Alphabet's daily income.

The Commission handed Google a 2.42 billion antitrust fine in June for promoting its own services over rivals' the largest fine in EU history. The Commission stated that traffic to Google's shopping service increased by 4,500% after it commenced these practices. Google filed an appeal against the fine earlier this month (see below).

Google has filed an appeal against the 2.42 billion antitrust fine imposed by the European Commission in June.

The appeal against the fine, which was issued by the EC after it found Google had deliberately promoted its own shopping search results over those of rivals, will be heard by the General Court of the EU. According to the Commission, traffic to Google's shopping service increased by 4,500% after it started abusing its position.

Although the company hasn't commented on the contents of its appeal, a spokesperson said earlier in the year it "respectfully disagreed" with the EU's decision.

The fine is the largest issued in the EU's history, although the Commissioner is also conducting two other Google investigations -  one into its Android mobile operating system, and another looking at its AdSense business, claiming it blocks rivals from placing adverts on third-party websites.

Google made no comment about the latest development. It had until 28 September to comply with the EC's ruling that it must end the alleged anti-competitive shopping search results practices, or incur an extra fine of 5% of its parent company Alphabet's daily income.

Google has confirmed that it has shared details with Brussels regarding how it tweak its search engine in order to meet the demands of an EU antitrust order.

If it does not comply, then Google may be exposed to further fines which could reach 5% of the average daily worldwide turnover of parent firm Alphabet, which works out to about $12 million a day.

A spokesperson for the EU executive told Reuters: "Google will continue to be under an obligation to keep the Commission informed of its actions by submitting periodic reports."

The European Commission's antitrust watchdog has hit Google with a record-breaking 2.42 billion penalty over the abuse of its position to illegally promote its own comparison shopping service.

The tech giant, which is considering an appeal, was found to be prominently featuring its own comparison shopping service, Google Shopping, at the top of Google search results, while relegating competing services to lower rankings. The Commission concluded that this made rival services much less visible, thereby giving Google's own product a significant advantage.

Traffic to Google's comparison shopping service increased 4,500% since the company started abusing its position, according to the Commission's investigation, while some rival websites in the UK saw traffic drops of up to 92% as a direct result.

The Commission's chief of competition policy, Margrethe Vestager, said: "Google's strategy for its comparison shopping service wasn't just about attracting customers by making its product better than those of its rivals. Instead, Google abused its market dominance as a search engine by promoting its own comparison shopping service in its search results, and demoting those of competitors."

"What Google has done is illegal under EU antitrust rules. It denied other companies the chance to compete on the[ir] merits and to innovate. And most importantly, it denied European consumers a genuine choice of services and the full benefits of innovation."

"We respectfully disagree with the conclusions announced today," said Google general counsel Kent Walker in a statement. "We will review the Commission's decision in detail as we consider an appeal, and we look forward to continuing to make our case."

The firm is also currently under investigation by the EU for other potential breaches of anti-monopoly rules regarding its AdSense advertising business and its Android mobile operating system. The Commission stated that it "continues to examine Google's treatment in its search results of other specialised Google search services".

This decision establishes a precedent for examining the legality of this kind of behaviour by companies, and the Commission has warned that Google may be be open to civil actions from people or businesses that have been negatively impacted by its conduct.

Foundem is one of Google Shopping's competitors, and the lead complainant in the original case. CEO and co-founder Shivaun Raff welcomed the Commission's decision.

"Although the record-breaking 2.42 billion fine is likely to dominate the headlines, the prohibition of Google's immensely harmful search manipulation practices is far more important," he said. "There can't have been many competition cases where the stakes for consumers, businesses, and innovation were any higher.

"For well over a decade, Google's search engine has played a decisive role in determining what most of us read, use and purchase online. Left unchecked, there are few limits to this gatekeeper power. Google can deploy its insidious search manipulation practices to commandeer the lion's share of traffic and revenues in virtually any online sector of its choosing, quietly crushing competition, innovation, and consumer choice in the process."