Runway closes and flights diverted thanks to rogue drone 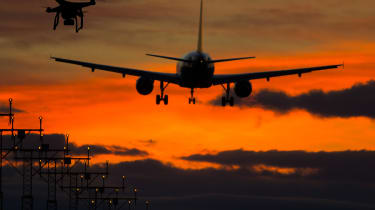 A low-flying drone caused major disruption at Gatwick Airport on Sunday, closing the runway and forcing the authorities to divert five flights.

The airport didn't reveal who was operating the drone, nor the brand nor precise type of drone that was involved in the near-miss, but said the flying machine was sighted twice. One runway closure lasted nine minutes, while another lasted five minutes.

Four of the flights affected were run by EasyJet, while the fifth was operated by British Airways and was diverted to Bournemouth Airport.

EasyJet apologised for the disruption, saying it had no choice but to divert planes to assure the safety of its passengers.

"EasyJet can confirm that as a result of an earlier runway closure at London Gatwick Airport four flights were diverted. Once refuelled EasyJet plans to continue three flights onto London Gatwick and is arranging coach transfers onto London Gatwick for passengers on flight EZY8832 from Bodrum that diverted to London Southend," A spokesperson told the Metro.

"The safety and wellbeing of our passengers and crew is always EasyJet's highest priority. While the circumstances are outside of our control, easyJet apologises for any inconvenience caused."

Additional flights were instructed to take up a holding position while flight controllers checked for the drone's position.

"Runway operations at Gatwick were suspended between 18:10 BST and 18:19, and again from 18:36 to 18:41, resulting in a small number of go-arounds and diverts," a Gatwick Airport spokesperson told the BBC.

Sussex Police is investigating the incident.