500 Canada 'to kill startup fund after US founder's sexism scandal' 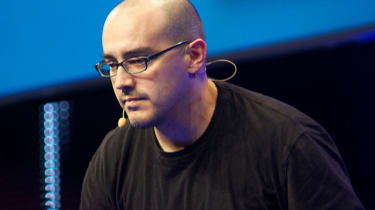 500 Canada, a venture capital fund associated with the 500 Startups brand, has reportedly decided to kill its operations, after potential funders refused to give it money.

A letter sent to portfolio founders states that the fund's managing partners have decided to terminate its investment period, as reported by BetaKit. IT Pro has asked 500 Canada for confirmation of the report.

The letter claims the fund was about to raise $25 million from Canadian limited partnerships (LP) but 500 Startups founderDave McClure's recent sexism scandaland revelations, and his subsequent resignation, has put off the fund's potential investors.

The target LPs reportedly told 500 Canada's managing partners that they would not make an investment if McClure controlled the fund in any way or received economic benefit from the 500 Canada fund. McClure is a member of the fund's investment committee and on the board of directors too. 500 Startups decided to set up the Canada arm in March 2016, and by January this year was halfway to hitting a $30 million fundraising goal.

But one BetaKit source said investments were stopped as long as "$1 of profit still went to McClure".500 Startups receives some of the Canadian fund's profits, and though LPs' stances pushed 500 Canada to try to renegotiate McClure's involvement and this deal with 500 Startups, they were unable to reach an agreement, so a decision was made to terminate the fund.

500 Canada will not be able to make any follow-on investments to companies in its portfolio, BetaKit said,but will continue to support their future fundraising efforts.

An anonymous Canadian founder told the publication: "It sucks for 38 Canadian startups," adding: "Each of them have 500k+ cheques to worry about on their next raises. That being said, this is a perfect time for Canadian VCs to prop up our ecosystem. If I were them, I would have 38 more meetings to book in the next 30 days, before those opportunities get lost to the US."

McClure resigned in July following accusations he made sexual advances towards women involved in the startup scene. In a public post, he called himself a creep and apologised to everyone involved. He thanked those who had spoken out about his inappropriate advances for stopping him from going any further.

The CEO and co-founder of 500 Startups has quit, following accusations he made sexual advances towards many of the women involved in the startup scene.

Dave McClure wrote his resignation in a public post, accepting he "probably deserve[s] to be called a creep" because of his actions, and apologised to everyone involved.

McClure's inappropriate behaviour towards Sarah Kunst was exposed in the New York Times last week as part of a wider story about sexual harassment in the tech startups sector.

"I made advances towards multiple women in work-related situations, where it was clearly inappropriate," McClure wrote in his apology. "I put people in compromising and inappropriate situations, and I selfishly took advantage of those situations where I should have known better. My behavior was inexcusable and wrong."

He said he hasstarted steps to treat his behaviour and poor judgement, attending counselling sessions and handing over the day-to-day running of the company to its co-founder, Christine Tsai.

McClure also thanked those who spoke out about his inappropriate advances for stopping him from going any further, despite them putting their personal and professional reputations at risk.

The team at 500 Startups later promised to make changes after finding out about McClure's actions."The change I want to see is a startup environment where everyone, regardless of gender and background feels welcome and safe. Where sexual harassment or discrimination will not impede great talent from producing great impact," Tsai, the company's new CEO, explained in a blog post.