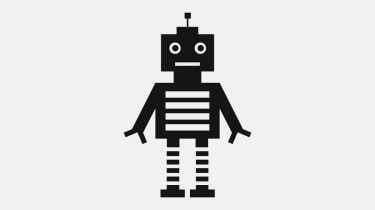 Softbank Group's $93 billion Vision Fund has invested a total $473 million in tech startups on the west coast of the US.

It invested $114 million in Brain, a startup which builds software for self-driving vehicles. The company, based in San Diego, specialises in the development of intelligent, autonomous systems that automate commercial equipment. It has created "BrainOS", an operating system that helps robots to perceive their environment, control motion and navigate using visual cues to avoid people and obstacles.

The OS is integrated with the startup's cloud-based "Robotic Operating System" to handle complex tasks via remote control.

BrainOS runs on a high speed computer that controls an integrated sensor array, which the startup has called a "Brain Module". These modules can be given to the startup's manufacturing partners so that they can add them to their machines and help them turn into robots.

Hopefully this will improve the navigation of robots in the future, especially after it emerged this week that a robot drowned itself after falling into a water fountain.

Dr Eugene Izhikevich, CEO of Brain, said: "At Brain, we believe tomorrow's robots will be intelligent autonomous machines that take care of us. Such robots will be as commonplace as computers and mobile phones are today. This funding will allow us to accelerate our mission and we look forward to collaborating with the SoftBank Vision Fund as a long-term strategic partner."

"Brain is developing truly ground-breaking technology that transforms manually operated machines into autonomous robots," said Masayoshi Son, chairman & CEO of SoftBank Group. "Brain's team is at the forefront of creating the future and a more convenient way of life through technology. We are confident in their success and look forward to seeing them realize their vision."

Brain's first institutional investor was Qualcomm Ventures, which also also took part in the funding round and it will retain a seat on Brain's board of directors. Brain is also planning to port BrainOS onto Qualcomm's Snapdragon mobile platform.

Nauto is part of Android co-founder Andy Rubin's Playground incubator and produces a device that can be installed into vehicles to help avoid distracted driving.

It aims to help improve fleet safety and operations through the camera, which detects collisions, monitors risky maneuvering and tracks driver behaviour. This can be useful for managers who need to track their drivers' performance and improve the overall safety of their fleet.

Nauto CEO Stefan Heck said: "At a time when traffic fatalities are climbing and distracted driving causes more than half of all crashes, we're tackling that problem by putting Nauto's safety features into more commercial fleet vehicles from trucks and vans to buses and passenger cars to warn drivers and coach them on how to stay focused."

SoftBank CEO Son said: "While building an increasingly intelligent telematics business, Nauto is also generating a highly valuable dataset for autonomous driving, at massive scale." He added: "This data will help accelerate the development and adoption of safe, effective self-driving technology. We believe in Nauto's potential to revolutionise the automotive sector and look forward to enabling their success."

Softbank also led a $200 million round into farming startup Plenty, a startup specialising in indoor farms that use LED lighting, micro sensor technology and big data to grow food.