The future technology skills that will keep you in work

What skills do you need to start thinking about today to ensure you have a job tomorrow? 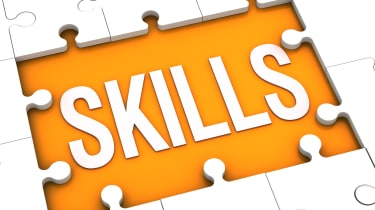 The world of tech has always been fast moving, but things have accelerated of late and we're heading ever closer to another skills gap.

As new technologies and delivery mediums co-exist at least for now with legacy and old-world processes and techniques, it becomes increasingly hard for IT professionals to keep their skill set relevant to both the demands of today and tomorrow.

Absolutely, some legacy skills will transition into the new world, although while some may be quite different to what we recognise today, but new skills will also be required.

Here's our run down of the future technology skills you should be paying attention to and upskilling in if you haven't started already:

Artificial intelligence (AI) is a the tech industry's current equivalent of marmite. There are many positives to be gained through increased use of AI across the board, whether at work or home, but for every advocate, there are many who fear a sentient takeover or massive job displacement.

As Jane McCallion recently highlightedAI has become a real bone of contention, with industry experts also talking about how we're all doomed as a result.

Research by The University of Oxford suggests that just over one third of jobs will be automated thanks to tech such as AI in the next 20 years. However, that doesn't mean new jobs won't be created. After all, technology can and does go wrong and needs regular health checks. Perhaps we will see a new role emerge, that of the AI doctor, to help balance out role displacement elsewhere?

Whatever your view on AI, it's an issue that's not going away, so you really do need to start getting a better understanding of it and it's implications for you and your business now. CIOs, in particular, need to grasp the balance between the need for human skills and where AI can play a role.

As the security battleground hots up and your data increasingly becomes the next currency of any real value, many are turning to biometrics to beef up their protection.

Biometrics, put simply, uses human elements (such as gestures or body parts), rather than passwords, to gain access to a system or systems. It's not fool-proof, though, and can be bypassed a notable example would be the villains in the film Angels & Demons ripping out a CERN professor's eyeball to gain access to the lab containing antimatter.

That's probably one of the reasons many still distrust biometrics as a credible, regular alternative to passwords and the like.

However, regardless of whether you are for or against biometric usage, it's a good security field to study as, if the world moves further in that direction, it could well ensure you don't get your P45.

Cyber security is absolutely the next battleground. It's a broad umbrella term, so there are many sub areas you can look to up-skill in, ranging from a transfer of existing security practices right the way up to shoring defences for online practices that may not even exist yet.

Data forensics, for example, is becoming a growing and very interesting field of study and demand for such skills is only set to go up rather than down.

Rather than act as a spoiler for another piece that wonderfully details the cyber security skills your business needs, here's a link to that article.

With all this structured and unstructured data being created as organisations digitally transform themselves and increasingly do business online, someone has to make sense of it.

Obtaining the data is key as is protecting it and then accessing it, but understanding the data and gaining insight to help inform better decisions is a fine art. And it's a fine art that is in danger of being hit by a skills shortage due to lack of supply vs demand.

Given the gap, those with the right skills are likely to be able to soon name their price when it comes to employment.

Machine learning as a concept started off a bit like AI in terms of the level of scepticism out there. However, discussions around the topic have now matured and businesses are starting to realise the benefits on offer.

Far from it being a case of the robots coming, taking over our jobs and killing the human race off, the conversation has now moved to one of real-world application.

But machines break and they need maintenance and fixing. They also need to be told what to do in the first place and work alongside us to deliver increased value, so there's definitely a really valid role humans can still play skills-wise in the new dawn of machine learning.

Software isn't going anywhere. In fact, as we transition to a future with more apps, devices and machines, the role of the developer becomes ever-more important.

Increasingly, organisations are turning to agile development to get the job done both well and quickly a trend that's set to continue.

The power of what can be achieved by software in the future is limited only by our imagination and the availability of the right software developers, so it's an exciting time to get in on this scene.

While we've focused the list thus far on the tech skills that will keep you in gainful employment, it's important to note that softer skills such as dealing with people, showing empathy and understanding different personality types will become ever more important as automation and robotics pervade the workforce of the future.

We will be updating this article regularly as new trends and research findings emerge so please do check back at a later date for the latest information. 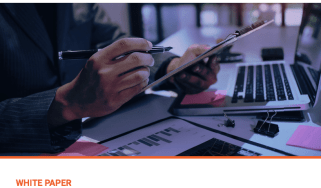